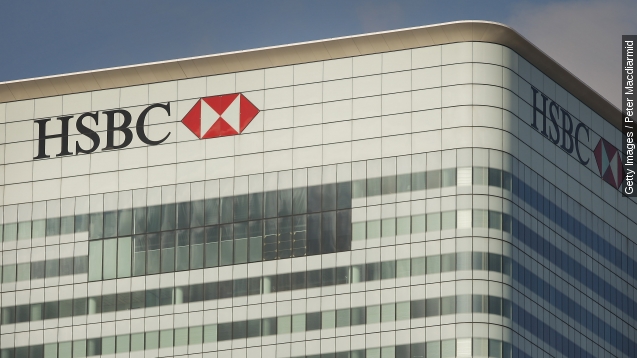 As part of a large restructuring plan to overhaul its profitability, banking giant HSBC announced Tuesday it plans to cut around 50,000 jobs in the next few years.

It's all in an effort to save as much as $5 billion annually in costs by the year 2017.

HSBC will be cutting an estimated 20,000 to 25,000 jobs across all of its branches. Another 25,000 employees will be let go after the bank sells its operations in Turkey and Brazil, in an effort to focus more on its holdings in Asia.

The Wall Street Journal reported this announcement wasn't much of a surprise to investors, since the bank's chief executive Stuart Gulliver has been trying to make the bank "easier to manage" for the last five years.

HSBC had previously announced it was considering moving its headquarters out of London, where its been stationed since 1993.

CNBC reported Gulliver said if a decision is made to move the headquarters to Hong Kong, the move would take about two years.

The proposed move has to do with a constantly increasing UK bank tax on balance sheets that was created back in 2011 at a rate of just 0.05 percent. As of April 2015, the rate is set at 0.21 percent.

And Bloomberg reported back in March, that since HSBC is the largest bank in Europe, it's hit the hardest by that tax.

HSBC is no stranger to cutting jobs to help save money. It previously let go of 30,000 employees back in 2011.

This most recent restructuring news also comes after HSBC was forced to pay just over $1 billion earlier this year to the French authorities after the bank was found to have helped more than 8,000 people dodge their taxes.