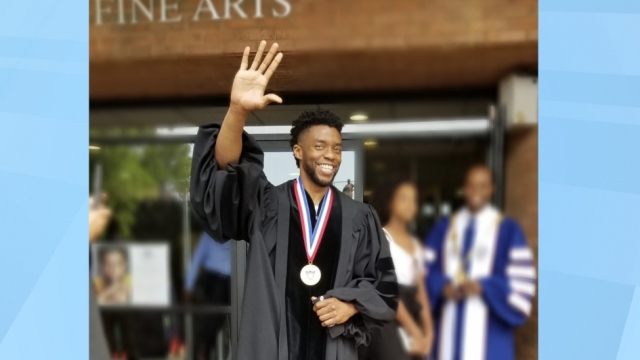 Howard University has posthumously honored Chadwick Boseman by naming its newly re-established College of Fine Arts after the actor.

Boseman graduated from Howard in 2000 with a bachelor's degree in directing.

He rose to prominence in Hollywood by playing roles of Black icons like Jackie Robinson, James Brown and Thurgood Marshall.