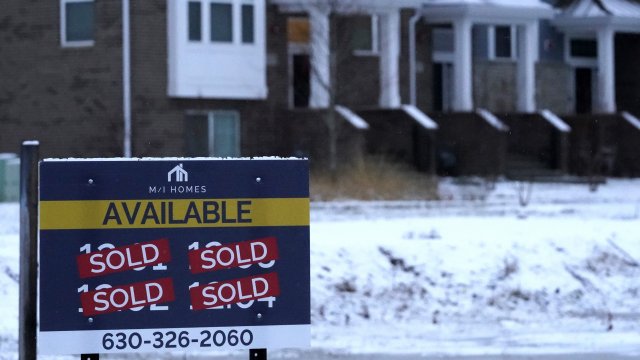 SMS
How Zoning Laws Prevent Affordable Housing And Separate Classes
By Newsy Staff
By Newsy Staff
January 31, 2022
Most U.S. cities designate land only for single-family homes, meaning those who can't afford one are restricted to lower-income neighborhoods.
SHOW TRANSCRIPT

America has some pretty serious and deep-rooted housing issues, starting with its foundation: zoning laws.

When you envision the typical middle-class neighborhood, you'd probably see decent-sized homes, plenty of yard space, driveways, tree-lined streets. But what you're not seeing is a lot of apartment complexes or any multi-family housing.

That image of a middle-class neighborhood isn't by accident — it’s by design.

In most U.S. cites, zoning laws designate about three-quarters of the city’s residential land as areas where you can only build single-family homes.

Looking at maps from data company Urban Footprint, which tracks the impact of development in U.S. cities, 85% of Seattle, 72% of Portland and 90% of Charlotte is zoned this way, meaning most of the land is blocked off for bigger houses taking up more space for fewer people.

So, if you can’t afford to rent or purchase a single-family home, where does that leave you? These types of laws prevent affordable housing from being built and restrict some people to low-income neighborhoods, creating a clear separation between the rich and the not-so-rich.

Sanford Ikeda is a professor of economics at Purchase College and an expert on U.S. zoning policy.

"If the regulations require a larger and larger minimum for either parking, or for livable space, or the lot size, or the size of unit and other requirements like amenities... a number of bathrooms that have to be in the unit, minimum size of bedrooms are all kinds of regulations in the United States that specify minimums," Ikeda said. "Well, again, that prices more and more people out as this minimum size gets larger and larger."

So where did the idea of zoning even come from?

This concept dates back to the early 20th century. The original purpose was to protect people from things like pollution, for example, creating different categories of zoning like commercial, residential and industrial, preventing homes from being built next to factories. Within residential areas, certain parts were zoned only for single-family houses.

In 1926, a Supreme Court decision upheld zoning laws, which led to keeping townhouses, duplexes and apartments from going up in the majority of residential areas across the country.

That decision ultimately became one way to segregate cities, locking people of color and low-income families out of entire single-family neighborhoods throughout the mid-20th century.

The divide between mostly white single-family home neighborhoods and the people of color in lower-income neighborhoods became even deeper because of a practice called “redlining” when the Federal Housing Administration outlined Black neighborhoods so banks knew not to insure homes there.

While civil rights legislation outlawed overt housing discrimination in the late 60s, zoning laws in many cities still make upward mobility tough for those who have been locked out of single-family neighborhoods.

Zoning has the same kind of impact across a range of opportunities.

In 2018, Minneapolis became the first U.S. city to remove single-family zoning requirements, followed by states like Oregon and California that passed similar measures. Single family homes can still be built. These new measures just allow for other types of housing to be built in those areas as well.

But as some cities start to do this, some people are concerned about what the future of their neighborhood will look like. In the world of housing policy, those people are often referred to as part of the NIMBY crowd, also known as Not In My Backyard, for those of you who haven’t heard.