How Your Face Can Leave A Good Or Bad First Impression 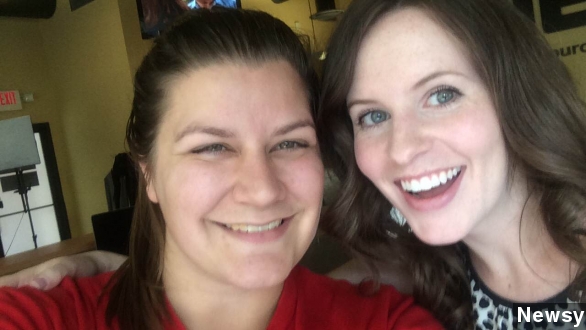 Researchers in England are saying your physical appearance largely impacts how others perceive your personality.

"Facial features like the shape of a person's jaw, mouth and eyes can almost instantaneously contribute to what kind of personality we sum up someone with. ... A lot can ride on a single selfie." (Via ABC)

It's no wonder people are taking so many darn selfies right now — apparently, a lot rides on those photos.

The study, which was published in the Proceedings of the National Academy of Sciences, says: "Despite enormous variation in ambient images of faces, a substantial proportion of the variance in first impressions can be accounted for through linear changes in objectively defined features."

Yeah, that sounds like a bunch of scientific gibberish. So let's break it down. Researchers took 1,000 faces from the Internet and showed them to at least six people, who then rated their perceptions of the photo subjects' intelligence and other characteristics.

"They tracked 65 facial features, noting the subtle differences in the jaws, the eyes, the mouth and the cheekbones." (Via CBS)

Using that data, researchers built a model of how someone's face could quickly give impressions of three main characteristics: approachability, dominance and attractiveness. (Via Proceedings of the National Academy of Sciences)

Once the cartoon faces were created, it was test time again.

As BBC notes, the researchers' cartoons evoked the appropriate responses from people.

"When the researchers quizzed more participants about their impressions of the artificial, cartoon faces, the ratings matched. People said that the computer's cartoon prediction of an approachable face was, indeed, approachable - and so on."

Medical Daily points out previous studies have found links between facial expressions and first impressions, and this one follows suit.

"The researchers suggest that the study could have implications for people who have to provide photos of themselves to get jobs, such as actors, models, and the like. For these people, putting their best face forward could mean the difference."

OK, so they've figured out an approachable facial expression. Does that mean we should wax our eyebrows into a perfect arch for first impression's sake? (Via jon collier / CC BY SA 2.0)

Eh, not really. The BBC quoted a doctor from the study who said, "It's very difficult for us to pin down with certainty that a given feature of the face is contributing to a certain social impression."