How Withdrawing From Title X Would Affect Planned Parenthood 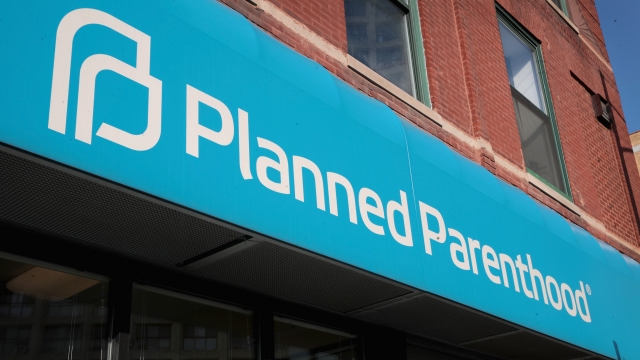 After being involved with Title X for nearly 50 years, Planned Parenthood announced it will completely withdrawn from the program.

Title X is a program that was enacted back in 1970 to provide family planning and related preventive health services for low-income patients.

Federal Title X funds can be allocated to any health care center that provides family planning services to low-income individuals. There are thousands of Title X-supported clinics across the U.S., like public health departments, non-profit health centers and, of course, Planned Parenthood.

Those services make a big impact. A report from the Guttmacher Institute says, in 2014, publicly funded family planning services provided by Title X–supported centers helped prevent nearly one million unintended pregnancies, which would have resulted in more than 400,000 unintended births and 300,000 abortions.

And while Planned Parenthood health centers only make up about 13% of Title X clinics, they serve more than 40% of Title X recipients nationwide.

A new rule from the Dept. of Health and Human Services bars organizations that receive Title X funds from performing or referring patients for abortions. The rule requires clinics to physically and financially separate Title X programs from programs that provide abortions.

Last week, Planned Parenthood asked a federal appeals court to block the rule, saying without court intervention, it would have no choice but to pull out from the Title X program. The organization argued the new rule is cost-prohibitive, but it also says it won't be "[bullied] into withholding abortion information" from patients.

In a statement, HHS argued Planned Parenthood is "choosing to place a higher priority on the ability to refer for abortion instead of continuing to receive federal funds to provide a broad range of acceptable and effective family planning methods and services to clients in need."

For now, Planned Parenthood says it will dip into emergency funds to continue providing care to its patients.