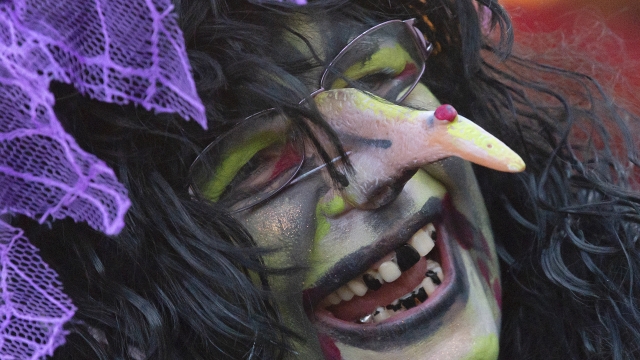 Witches have complex history, but the community surrounding them is growing in a somewhat positive way.

There are an overwhelming amount of ways to dress up for Halloween, but nothing can top the most popular Halloween costume in the U.S., at least according to the internet, and that's the witch.

In the Middle Ages, people were somewhat okay with the idea that some people had "magical" expertise, according to Marion.

"In most villages, there would be at least a couple of people who thought that they could undertake magical healing, but from the Tudor period onwards, there's an increasing concern that people who have some kind of magical or magical knowledge might well be in league with the devil," Marion said. "Of course, women didn't have medical training in the way that men did in that period, so a woman who said she could heal your child might be thought to be suspicious."

In the 15 and 1600s, there were waves of brutal witch hunts. Thousands of people in Europe were tried and killed over suspected witchcraft on a much bigger scale than the infamous Salem Witch Trials in America, which killed about 20 people. Legally speaking, unmarried and older women were often easier targets to blame since they weren't "protected" by a husband or a father. That might be why the image of witches gets associated with older women, living in isolation.

But eventually, witches became less of a real-world threat and more of a folklore figure.

"You get this this elderly crone who maybe has even a green face who stands out from other human beings, maybe wears a pointy hat travels around on a broom, has a black cat with her," Marion said. "All of these things start to come in really in the Victorian period, and you even start to see them appearing on things like greetings cards."

By the 20th century, there were positive portrayals of witches.

One of the biggest turning points was "The Wonderful Wizard of Oz," published in 1900 and later adapted into the iconic film in 1939.

It's worth noting the book had an interesting feminist legacy itself. The author, Frank Baum, was a womens' rights advocate and son-in-law of one of the co-founder of The National Woman Suffrage Association, who even wrote her own history of witchcraft to dispel stereotypes.

"The Wonderful Wizard of Oz" even got banned in some libraries for having women in strong leadership roles, and as late as 1986, it came under fire by some for its "depiction of benevolent witches."

But by then, witches had already reached a cultural high point in popular culture. TV shows like "Bewitched," "Charmed" and "Sabrina: The Teenage Witch" showed witches as protagonists. This correlated with the rise of second and third-wave feminism, which isn't a coincidence.

Stories of women having power and agency were being celebrated more, instead of being met with suspicion or seen as a threat. Common witch tropes, like the old, aging woman pitted against the young ingénue, grew outdated or were sometimes even subverted.

It's no wonder that today, modern witchcraft and Wicca culture fosters and embraces an association with feminist empowerment.

U.S.-based communities have even adopted witchcraft as a symbol of political resistance. Interest in witches has soared since the 2016 presidential elections, when groups of over 10,000 "neo-pagans" united to cast spells to limit President Donald Trump's power.

"Witchcraft and its portrayal in popular culture is so interesting because it really tracks the progress of feminism," Marion said. "It makes us think about what we think about women in the society around us. The witch is so often a figure for the feminist or for the ordinary woman in the street. She sits in that ground between real history and fantasy, and I think that gives the witch her cultural energy. I think it's it's an ongoing fascination that which is going to be with us for a very, very long time."