How Will The Delta Variant Impact Your Favorite Shows 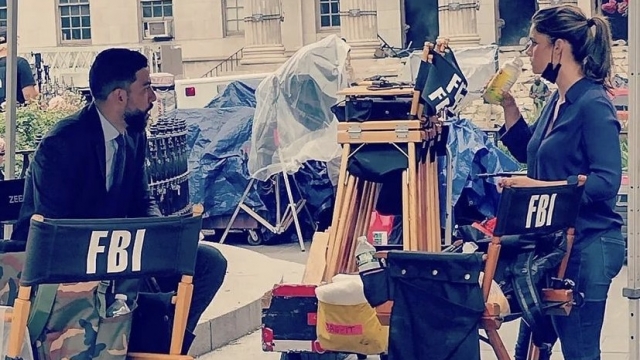 SMS
How Will The Delta Variant Impact Your Favorite Shows
By Terace Garnier
By Terace Garnier
August 26, 2021
FBI Actor Zeeko Zaki tells Newsy the pandemic has sparked a “rebirth of gratitude" across the tv and film industry.
SHOW TRANSCRIPT

As the Delta variant makes its way across the world.... Tv show production in the U.S. Is being impacted....As casts and crews take extra measures to protect themselves while filming.

"On many shows where there's still social distance, there's discussion, they just had a discussion about whether or not to wear masks. But an interesting thing came up, which is whether the production can require the cast and crew to get vaccinated," Dr. Neal Baer said.

Dr. Neal Baer, most known for the shows ER, Designated Survivor, and Law and Order SVU, says Covid-19's impact on the industry earlier in the pandemic was something he had never seen since startng his tv career in 1989.

“It did have an impact on the, the way that the shows were done and how many people could be, you know, on the set, and how many people could be in a scene. And so that's creatively challenging for the writers, the director, the crew, just getting everything done. It added, you know, a big percentage to the cost of the show, both in insurance and in the protective elements that needed to be instituted for each show," Baer said.

As a result, many shows had to extend production time... Like Dick Wolf’s "FBI".....

Newsy spoke to the show’s lead actor, Zeeko Zaki, just as the 10-month production for season four wrapped up....And COVID cases from the delta variant began to spike across the country

“Our show moves very, very fast. We shoot 24 episodes, and every episode 45 minutes long, and we were doing them in about eight days. But with COVID protocols, and all of that we got to extend to 10 days," Zaki said.

Zaki says although production had to slow down... The pandemic did spark a “rebirth of gratitude inside of the television and film industry.”

“....In front of the camera, we got a little bit slower of a pace, which is really nice. And then behind the camera, of course, every day could have been your last. So there was, you know, a different level or sort of fear. And with that came a different level of appreciation. But at the end of the day, we didn't know like if we would be able to finish an episode or if this would be our last day," Zaki said.

"It just gave me the motivation to just continue to be a better actor continue to grow on and off camera, and really just at the end of the day, you know, just have the appreciation and gratitude for the opportunity and not take it for granted,” the lead actor told Newsy.

For now... As the saying goes.... The show must go on....And only time will tell what impact the Delta Variant may have on TV show sets across the US.