How Will The Coronavirus Impact Small Colleges? 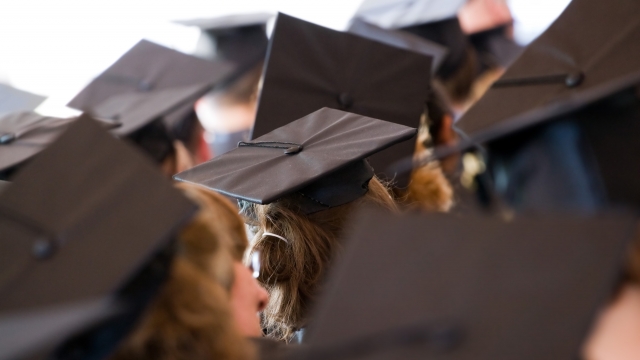 Declining enrollment coupled with economic uncertainty could push small colleges and universities over the cliff.

MacMurray College opened in central Illinois in 1846. It's closing in 2020, leaving 550 students to figure out what comes next.

"Our task now is to close MacMurray with compassion for its family and care for its legacy," MacMurray President Dr. Beverly Rodgers said in a video statement late last month.

School officials said the impact of the coronavirus pandemic factored into their decision, adding to a list of existing problems, including declining enrollments.

Experts say the pandemic presents a unique challenge to America's smaller colleges as declining enrollments, now coupled with economic uncertainty, could push those colleges and universities over the cliff.

“If they don't have large endowments, they're already starting to see those enrollment declines. Then add to that any refunds they've had to make due to COVID-19," said Cecilia Orphan, assistant professor of higher education at the University of Denver. "If students had to move out of dormitories, for example, even those few million dollars could make or break an institution’s financial well-being.”

Smaller schools have already been facing different challenges than their bigger peers. While enrollment at large private institutions has grown slightly over the past four years, enrollment at schools with less than 10,000 students has declined, according to the National Student Clearinghouse.

And when there are fewer students, there are fewer tuition dollars. That’s where schools like MacMurray earn the bulk of their income, versus revenue boosters like research centers or hospital systems that are housed by large universities. Smaller schools also typically have smaller endowments.

“My concern is that colleges that were at risk of closing sometime in the next 10 years are all going to close in the next year or two," said Seton Hall University associate professor of higher education Robert Kelchen. "That may be a few dozen colleges. It's not going to be hundreds or thousands by any means. But these are small colleges that are often the economic lifeblood of their area."

The virus made officials shift to digital learning mid-semester.

The majority of colleges haven’t definitively said if in-person classes will resume this fall, and according to a recent survey by the American Council on Education, one in five students are unsure if they’ll reenroll.

Students may instead opt to take a gap year, or they could decide to stay closer to home and enroll at a cheaper institution, options that would cause smaller schools to lose more money.

Congress directed $14 billion to go toward higher education in the recently passed CARES Act, but government funding may not be enough.

As small schools eye the future, experts say they should consider new ways to bring in additional revenue to keep themselves afloat.

Options include connecting with community partners to brainstorm alternative sources of income, or working with other similar-sized campuses to collaborate or consolidate resources before considering closing.