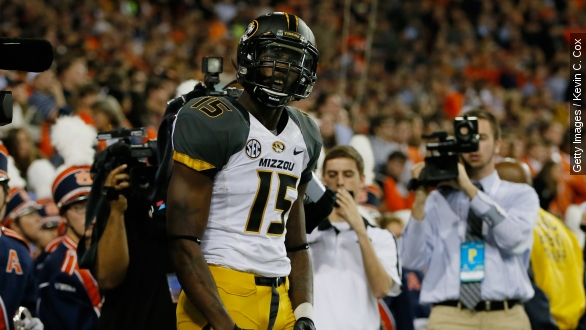 There are many factors that will come into play when teams decide their picks for the 2015 NFL Draft, but one factor that looms particularly large this year is the players' off-field behavior.

"While they stress he is not a suspect, Baton Rouge police say they want to talk to potential first round NFL draft pick La'el Collins about a murder case," KPLC reports.

"Former Mizzou football star Shane Ray has been cited for having marijuana. This is happening just days ahead of the NFL draft," KMIZ reports.

"The top prospect is a man accused of rape while attending college. Jameis Winston was never charged," HLN reports.

Character issues are always a topic of debate leading up to the draft, and an arrest or even an accusation of something unfavorable can cost prospects millions.

For some, like quarterback Jameis Winston, several questionable choices in his past don't seem to be a deterrent to the Tampa Bay Buccaneers who, by most analysts mock drafts, are expected to take the former Florida State star first overall. (Video via WPTV)

"When I came in to get crab legs I did the same thing. He just gave them to me and I walked out," Jameis Winston told coach Jim Harbaugh on ESPN.

But others, like former Missouri and Oklahoma wide receiver Dorial Green-Beckham, will likely be hurt financially because of off-field issues.

DGB was arrested twice for marijuana possession, once in 2012 and again in 2014.

He was then later dismissed from the Tigers following a potential domestic abuse investigation by local police.

WalterFootball.com puts Green-Beckham as the 21st overall pick to the Cincinatti Bengals in its most recent mock draft, and writes, "Dorial Green-Beckham would be a top-10 lock if he happened to be clean off the field."

Then there's another former Mizzou player, Shane Ray. The 2014 SEC Defensive Player of the Year had been projected as a potential top-15 pick.

But a recent arrest for marijuana possession coupled with a nagging toe injury may lower his draft stock, too.

"One assistant GM told me flat out, 'He's not going in the first round now.' There were too many questions about him," sportswriter Peter King said.

And, naturally, the lower players fall in the draft, the more money they lose out on.

In the last four NFL drafts, the No 1. overall pick consistently landed a rookie contract worth about $10 million more than the tenth overall pick.

Players could miss out on hundreds of thousands — even millions — of dollars simply by sliding down a few slots on the draft board.