How Will Nina Dobrev Leaving Affect 'The Vampire Diaries'? 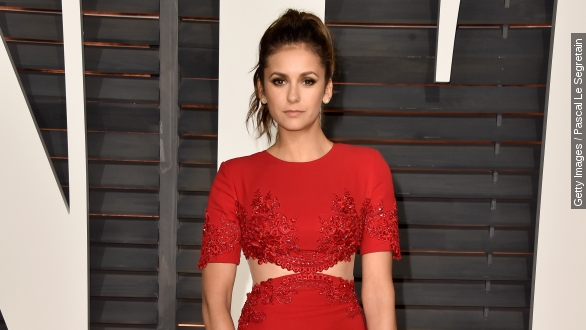 "The Vampire Diaries" is losing its lead actress next season. Will the show really be able to keep up its momentum with the viewers after Nina Dobrev's departure?

That's right: Not only did Dobrev play the lead, Elena Gilbert, on the show. She also played three other characters throughout the series' six-year run. (Video via The CW / "The Vampire Diaries")

Her departure is quite a hit for a show that's already been renewed for its seventh season.

Once the most watched show on the network, "The Vampire Diaries" ratings have been continuously dropping in the last few years. Currently, the show has averaged a 0.76 rating in the 18-49 demographic with around 1.6 million viewers tuning in each week.

That's an almost 25 percent drop from season five, when it was averaging a 1.0 rating with 2.23 million viewers each week.

After Dobrev's departure, the show will turn its focus primarily towards the other two leads, Stefan and Damon Salvatore, played by Paul Wesley and Ian Somerhalder.

But some aren't convinced the supernatural series can survive without its lead female vampire.

A writer for TV.com said, "There was a time when I would've argued that the series didn't need Dobrev. ... But that was several seasons ago, before 'The Vampire Diaries' began to really concentrate its attention on Elena's family and romantic entanglements."

Not that other shows haven't been able to make it work when the leads either decided to move on to other projects or passed away.

"The Office" ran for two more seasons after Steve Carell left, with help from the addition of James Spader to the cast.

And "Glee" carried on singing and dancing for two more seasons after male lead Cory Monteith passed away in the summer of 2013.

Still, "The X-Files" didn't make it to its tenth season after star David Duchovny left at the start of season nine.

Fans will still get to watch Dobrev on their TV screens for a bit longer though, "The Vampire Diaries" has five more episodes left in its sixth season before it goes on summer hiatus in May.