How 'Weak' Is The US Military? 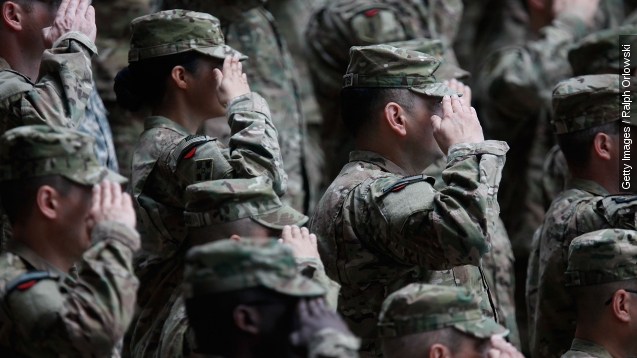 The U.S. spends more on its military than the next seven countries combined, but it's about how you spend that money.

The U.S. military is far from weak.

The U.S. puts more into its military budget than the next seven nations combined. We give more to the Pentagon now than we did at the peak of the Iraq War in 2007, and we spend twice as much as we did in 2001.

Of course, it’s about how you spend your money, not necessarily how much you spend.

The U.S. has 10 active aircraft carriers — no other country has more than two. The U.S. also has a nuclear submarine fleet and military bases in more than 60 countries.

And in the air, the U.S. also leads the world, with over 10,000 more total aircraft than the next closest countries.

GOP candidates have suggested the Navy is weak by saying the Navy is smaller than it was at any time since the era around WWI.

But the U.S. actually had fewer ships at several points in the Bush administration. It’s not as if the Obama White House slashed Naval firepower.

And taking the full look at the number of active ships over the last century, yes, the U.S. used to have a lot more ships, especially around the World Wars. But thousands of ships aren’t necessary in modern warfare. Wars were fought very differently in the years they’re comparing our fleets to.