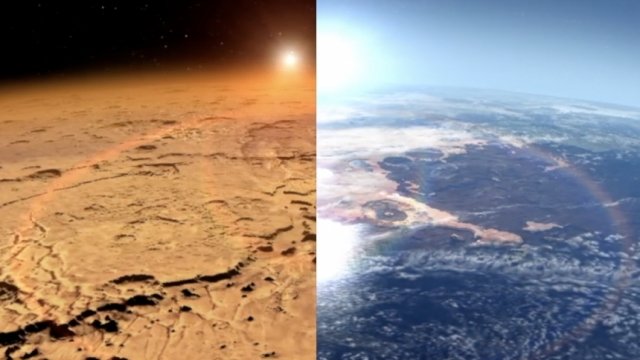 Before we can colonize Mars, the dry, desolate planet needs to be able to support life. Some scientists think that can be accomplished through terraforming — changing the planet's surface and climate to be human-friendly.

It might not be as difficult as it sounds. The planet's nutrient-rich soil, carbon monoxide energy sources and liquid water are key ingredients for life. Some researchers suggest all we really need to do is heat it up.

Carl Sagan proposed seeding Mars' polar ice caps with dark plants to absorb the sun's light and radiation. This could heat the planet and melt the polar caps, giving way to flowing liquid water on the Martian surface. 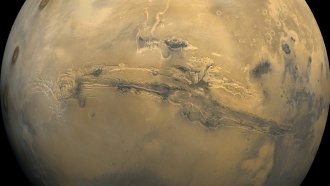 One team of researchers wants to hurl an ammonia-rich asteroid at Mars. Ammonia is a powerful greenhouse gas that might help raise the planet's global temperatures.

And Elon Musk suggested detonating nuclear explosives just above the planet to heat it up.

But the heat will only stay put if Mars' current atmosphere becomes more robust. Some scientists proposed building greenhouse gas-producing factories, which could thicken the atmosphere.

However, not all scientists agree terraforming Mars is a good idea. They argue that there might be some undetected microbial life that could be driven to extinction if we manipulate the planet's atmosphere and structure.

Other researchers argue we don't know enough about Mars yet to know the planet wouldn't just experience a "runaway greenhouse effect" like Venus and become too hot to support life.

So it's still too early to start pumping greenhouse gases into Mars and melt its ice caps. But given that NASA and some private industry partners have their sights set on Mars, humans are headed for the planet regardless.