How Vital Was That Successful Space Station Supply Mission? 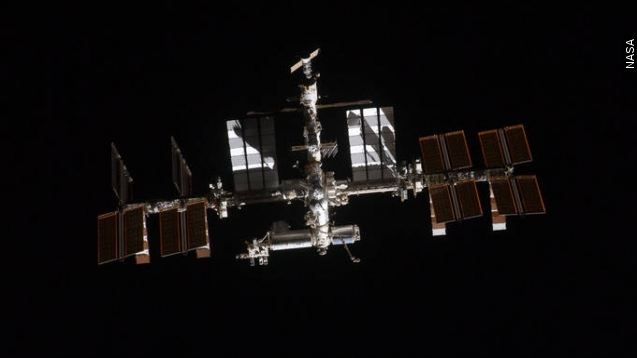 The International Space Station finally got its resupply.

A Russian Progress capsule docked to the station Sunday, carrying more than three tons of fresh food, water and equipment.

It's a relief for everyone involved, especially the crew aboard the ISS, who depends on these flights for luxuries like air and water.

Until Sunday, the ISS had gone 69 days without resupply. A Russian Progress supply flight failed in April, and SpaceX's Dragon broke up on launch in June. (Video via NASA, SpaceX)

A launch failure is never good news, but it was also never as bad as it could have been. With each setback, NASA reiterated the crew aboard the ISS was safe.

"We're in good shape from a food standpoint, from a water standpoint. We need to watch the multi-filtration bed that purifies water. There was a replacement bed on this flight, and we'll have to watch water levels," said NASA's William Gerstenmaier after SpaceX's mishap. (Video via NASA)

Keeping the orbiting laboratory loaded with food and water actually is rocket science, so planners err on the side of caution. (Video via NASA)

As of April 2015, food reserves and waste processing equipment — which are in shortest supply in orbit — still would have lasted through early September.

Now that Progress 60 is docked, those deadlines will get pushed back. But had supplies run out, the ISS crew could have left the station. (Video via NASA)

NASA and the Russian Space Agency keep at least one Soyuz capsule docked to the station 24/7 to serve as a lifeboat in case of emergency evacuation. They can seal up in minutes, and the crew is trained to manually return them to Earth if necessary. (Video via European Space Agency)

But Sunday's successful docking marks a return to business as usual — mostly. The next Progress cargo launch is scheduled for September. SpaceX flights are postponed pending the results of an investigation into its latest launch.