How Ukraine's Railway System Became Crucial To Its War Survival 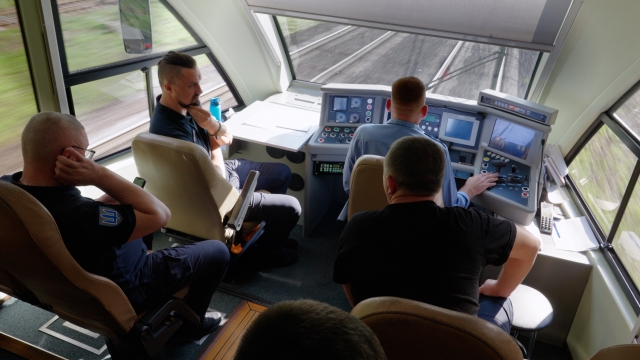 SMS
How Ukraine's Railway System Became Crucial To Its War Survival
By Jason Bellini
By Jason Bellini
August 29, 2022
Newsy explores the war zone in Ukraine on an exclusive ride along with the country's railroad chief.

Trains in Ukraine travel on no set schedule, in a nation whose economy and war effort run on rails.

Oleksandr Kamyshin is at his command post — his movements a secret.

The 38-year-old chairman of Ukraine's railway, surrounded by his top lieutenants, is akin to a wartime general. His battlefield is 16,000 miles of track across Ukraine.

Kamyshin and his railroad are constantly in the crosshairs of Putin's missiles.

The damage is across vast distances, and Ukraine itself destroys some track to prevent Russian advances.

Newsy was granted rare access to the command center train that is used by the head of the railway network to visit the entire country, including areas that Kamyshin says are hit on a daily basis by Russian shelling.

"We go, and we repair and we keep running," Kamyshin said. "We just don't announce that we're doing daily. We announce only when we've got passenger train delays."

Kamyshin says the public doesn't hear of 90 to 95% of attacks. Then, there are the most horrific attacks which the world does know about. 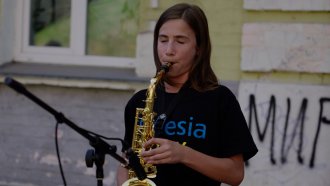 The embattled railroads have carried millions to safety and moved humanitarian supplies despite constant attacks.

Kamyshin says he's seen several trains destroyed by shells; some of them they repair and get back to operations, and others they don't.

"We don't comment," Kamyshin said. "We don't discuss it."

But no doubt the railroad plays a strategic role and, like the country's president, is a symbol of Ukraine's defiance.

"Some people say that the railways is the second army of Ukraine," Kamyshin said.

Ingenuity led to rolling hospitals, carrying life-saving teams from Doctors Without Borders to the frontlines. It was a first in the humanitarian group's history and an echo of World War II.

Kmayshin said although it was difficult to arrange for a medical train to be part of the system, they had to do it.

He worked in the private sector of finance and infrastructure, becoming head of the railroad last year just before war was threatened. He spends much of his life now living on the rails and says the hardest part of the job was living far away from his kids.

"We'll go to make decisions on the ground," Kmayshin said. "Having your boots on the ground is always useful because you can see with your own eyes what's happening and what decision you have to make." 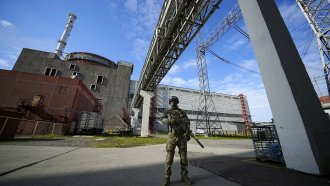 He and his field commanders face a new front and fear in the war: Carrying out their mission in the event of nuclear catastrophe.

"I don't think there is a good solution to that," he said. "If we go too close to save people, we put in danger not just our personnel, but our rolling stock that would be contaminated for the longer future without the ability to save others. So if we are too far from the areas affected, people in huge numbers are not able to escape."

There are still other threats ahead, as the war imperils more civilians, particularly in the East.

"Winter is coming," Kmayshin said. "We have another wave of people willing to evacuate. If it come from Donbas, because those people know that they would have cold winter, they would have no heat in this winter. It's going to be hard this winter, but know that we are real, hard people. We are iron people."

They're iron people whose mettle is still being tested.