Online Trolling Wreaks Havoc On People — And On Democracies 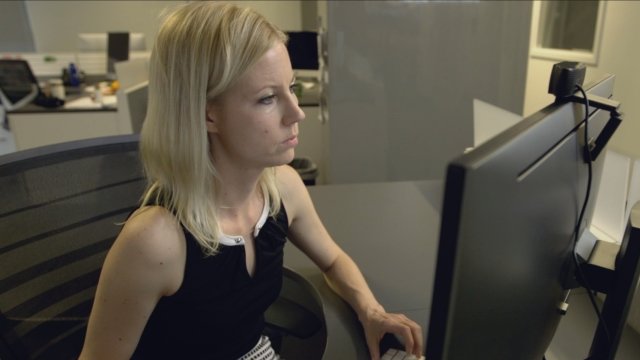 "It changed my whole life," says Finnish journalist Jessikka Aro. "Everything in my life in the virtual world basically went to hell."

"They also published my contact information, my phone number, my email address," she says. "So I started to receive hate calls, hate messages, hate emails from people around the Russian-speaking world."

She started investigating how trolls spread propaganda on social media in September 2014. She says the digital harassment, including the spread of fake stories about her on social media, was unrelenting. And it all seeped into the physical world when she got a text message from someone claiming to be her father — who had died 20 years ago.

"It's quite easy when you look at the first fake stories about me," she says. "They were only on Russian language fake troll news media. They're being published in Russia and being combined in Russia."

The kind of attack Aro faced is now being felt on a much larger scale.

Here's Sen. Mark Warner in a hearing on Russian meddling in the 2016 U.S. election: "The Russians employed thousands of paid internet trolls and botnets to push disinformation and fake news at high volume, focusing this material on your Facebook and Twitter feeds and flooding our social media with misinformation."

Maks Czuperski, director of the Digital Forensic Research Lab at the Atlantic Council: "It's really easy for a hostile player to come in, disrupt it, take advantage of this new digital age and to do so where it becomes harder and harder for an individual to identify that narrative."

"There is just an abundance of information," Czuperski says. "So the way that you end up picking what is the most relevant information to you ends up being what people talk about, the engagement around it."

Ukraine was a testing ground for digital disruption. Along with Russia’s ground war in eastern Ukraine that launched in 2014, a propaganda war was also in full force.

When we visited the country earlier this year, professor Yevhen Fedchenko of StopFake, a fact-checking operation that tracks fake news at the journalism department at the Kyiv-Mohyla Academy, showed us some of the messages about Ukraine that trolls and bots disseminated.

Fedchenko says some of the distortions spread online include: "Ukraine is a fascist state. Ukraine is a place where everything is failing, splitting between different countries, there is no central government here, the Ukrainian army is a punitive force that is conducting ethnic cleansing. Repetition is the key to any kind of propaganda."

Fedchenko says: "Also the use of different conspiracy theories, ideas which again were pretty much marginal before; because of the repetition and permanent discussion of it, it becomes part of the mainstream."

Efforts like StopFake say they hope to identify and counter disinformation. That's increasingly important as trolling becomes a more popular tactic to disrupt people — and democracies.

"This is a threat to freedom of speech, to the free flow of information, and in such situations where trolls can be used into mobilizing people into action, it's also a big threat to national security," Aro says.