How Trickle-down Economics Would Work 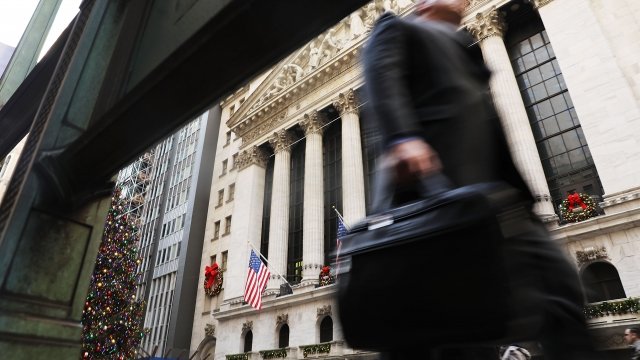 We can boil it down to five steps.

Supply-side economics is pretty straightforward if you follow its theoretical steps of cause and effect. The macroeconomic theory's gone by many names over the years. "Trickle-down economics." "Reaganomics."

It's never worked out exactly as planned before, but here's the generic definition of supply-side economics from Investopedia: "Greater tax cuts for investors and entrepreneurs provide incentives to save and invest, and produce economic benefits that trickle down into the overall economy."

We can boil that down to five steps. First, Congress reduces taxes and regulations on people and businesses. Let's say they take the corporate rate from 35 percent down to 20 percent. They'll have more money in the bank, but it won't just sit there.

AT&T, Wells Fargo and other companies are announcing pay raises and holiday bonuses.

Step 2: That money that's been saved is re-invested in the economy or local business. These investments lead to Step 3: more jobs. Businesses need more employees in their newly robust enterprises. People are working, earning and spending.

As we know, the employees also keep more of their paychecks, and Step 4 is them going into the marketplace and spending that money. It might be at the mall or renovating a kitchen. Bringing us to the final element, where it comes full circle: that money flowing into the economy hits levels so high that it more than makes up for the lost tax revenue in Step 1.

An easy example is the government getting more tax income from a 20 percent tax on $200 ($40) than a 35 percent tax on $100 dollars ($35). Supply-side's never worked perfectly, but supporters insist that it's also never gotten a chance to fully play out.