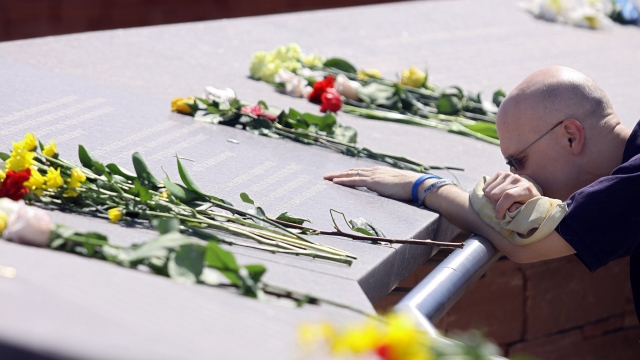 "I sort of found myself hitting this, that wall in mid to early March. And obviously it's affecting me more because it's a big round number. So I'll be able to tell you what 20 was like at twenty five, but twenty – so far has been difficult," Zach Cartaya says.

Cartaya is a Columbine High School graduate and survivor of the 1999 shooting. Since then, he’s helped start a nonprofit that connects survivors of mass shootings and traumatic events. On the 20th anniversary of Columbine, he knows he’s not alone.

"What's common amongst all survivors. Anniversaries are really, really hard. Anniversaries just tend to bring out. Really. It sometimes it brings out the worst in us," he says. "I can be pretty short tempered. And I'm not usually. I'm pretty easygoing, but I have not been easy the last few weeks. And the worst part is that you tend to take it out on the people you love the most. And that's been a real struggle for me. But I'm fortunate because everyone around me is pretty understanding."

For Paula Reed, a teacher at Columbine High at the time of the shooting, the third anniversary was the most difficult to date.

"I walked in the third year. On the first day of the third year and went 'Oh my God this was a mistake. This was a huge mistake. I should not be here.' And I spent all year breaking out in hives. My hair was falling out. It was bad. So honestly I probably should have left but, again, I just I can't even imagine leaving those kids," she told Newsy. "You stay in the morass. You stay at the site of your trauma. You stay with a bunch of other traumatized people. You, in many ways, suck each other down. If you leave you go where no one understands you. Where you feel adrift and disconnected."

Psychologists have a term for this: anniversary reactions.  They're generally defined as a time cue "associated with when the trauma occurred." Anniversary reactions may cause a person to feel anxious, angry, or fatigued. Some research suggests the stress someone experiences near or during an anniversary is because the dates and times associated with trauma can easily trigger the memory. 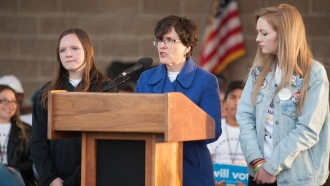 These reactions aren’t limited to the day or season they happened in, either. Research shows our senses can trigger memories, too, especially if they’re connected to intense or traumatic moments.

Media exposure to these traumatic events could exacerbate reactions, too. One recent study found Boston Marathon survivors who watched or read coverage of the bombings often showed post traumatic stress symptoms six months later, including fears around the second anniversary.

For Cartaya and Reed, talking about the trauma helps, whether that's with medical professionals or other survivors. But they both say mental health care for trauma could be improved.

"We're nowhere near to a place where mental health care is treated in the same way on your insurance as if you had strep throat. Where your meds and your, your treatments are are fully covered and you pay a small copay," Cartaya said. "That is that is not anywhere near the case where we are right now. But having said that. We've learned so much in the aftermath that. We are treating survivors better. And we're we're, we're learning more and we're we're trying to adapt." 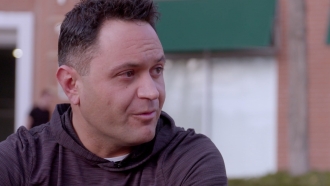