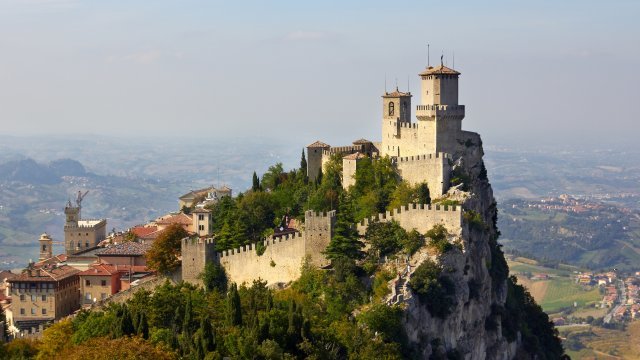 SMS
How To Survive As A Nation When You're Smaller Than New York City
By Jake Godin
By Jake Godin
August 29, 2017
Microstates have been around for a long time, and some of them don't even have armies.
SHOW TRANSCRIPT

Some countries are big. Some are small. And some are really, really small. They're called microstates, and there used to be a lot more of them. So how and why are some of these mini-nations still around?

Microstates were actually pretty common in the past: from all the way back to city-states like Athens and Sparta in Ancient Greece to 18th- and 19th-century Europe, which was dotted with small autonomous regions.

Slowly, city-states were gobbled up by larger empires like Germany and Italy. But some stubbornly stuck around — often in pretty creative ways.

Take Andorra, for example. The tiny mountain nation came under joint rule by the leaders of France and Spain in 1278. In exchange for the right to the land, the Andorrans paid a tribute: Every odd-numbered year, the French leader would get roughly $200. Every even-numbered year, the Spanish leader would get a couple bucks, plus some hams, chickens and cheeses. The practice went on until 1993, when Andorra passed its first constitution.

There's no universal definition of a microstate, but generally it's a "very small state" that has both a small population and a small amount of land, and relies on larger neighbors. 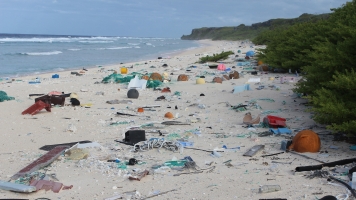 This Tiny Remote Island Is Getting Buried Under Plastic Trash

See, the thing about microstates is many don't actually have armies. Instead, they'll typically sign treaties with larger, more powerful neighbors. That's the case with three microstates in the Pacific: the Marshall Islands, Palau and the Federated States of Micronesia. Each is part of the Compact of Free Association, which defers military and defense responsibilities to the United States.

Because there's little usable land for crops or natural resources, microstates tend to have economies based on tourism and financial services. Rattle off a list of tax havens, and you'll undoubtedly hear the names of some microstates like Liechtenstein or St. Kitts and Nevis.

That's another way some microstates have stuck around even while many others disappeared.

And actually, it's not hard to imagine microstates and city-states making a comeback because of two big trends: increased urbanization, with more people concentrating in cities; and reverse globalization, like in Brexit, when London overwhelmingly voted to stay in the European Union while more rural parts of the U.K. voted to leave. And the widening gulf between rural and urban voters in the U.S. has already, in one sense, politically decoupled places like New York City from other parts of the country.

On a recent list of the top 100 economies, the GDPs of Tokyo or New York City were each on par with the countries of Canada, Spain or Turkey. Los Angeles, Seoul, London or Paris were each on the same level as the Philippines, Colombia or the United Arab Emirates.

That could eventually mean more places like Singapore: With a highly advanced military, one of the world's best economies, and a tiny, highly compact territory, it could be the model for microstates of the future.