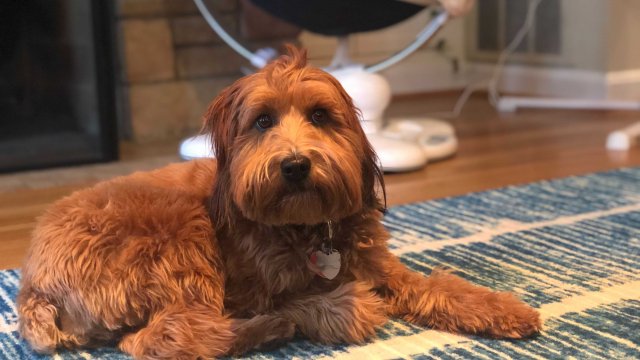 SMS
How To Prepare Your Dog For A Return To In-Person Work
By Meg Hilling
By Meg Hilling
February 4, 2021
Dog trainers say they're already working with owners to prepare their pups for time apart when in-person work resumes.
SHOW TRANSCRIPT

They are nappers, snackers and, as of this pandemic, your live-in coworkers.

"It is typically a bipartisan team of people that will be looking over any disputed ballots. Pardon the dog in the background," Stephanie Liebergen, newsy political reporter, said.

Like so many dog owners, our team here at Newsy is navigating working remotely with pups by our side and occasionally on camera.

But when it comes time to return to in-person work, most dogs won’t be able to go with their owners to the office — even if they try to sneak into the car. So how do you prepare for that transition, especially when they've become so accustomed to having you home 24/7?

"A lot of my clients have been asking me about, you know, their anxieties and their worries about returning to work, or even just leaving the house more and being gone more," Jennifer Hack, a dog behaviorist at Dynamic Dogs Training & Behavior, said.

Jennifer Hack is a dog behaviorist in Chicago. She says the first step in that transition begins with your mindset.

"Lose the guilt, right? You know, someone's got to pay the bills. You're going to have to go back to work, and, you know, owning a dog is not cheap," Hack said.

From there, she recommends getting into a routine that involves time spent apart, even while you are still at home. She says you can do this by using a kennel or crate training in as little as two weeks.

"You can start by maybe just an hour. If your dogs are good, you could start with two hours, and then each day you're going to add an hour. So by the time you get through those 10 days, you're going to have your full schedule of where your dog is alone," Hack said.

A process dog trainer Ari Fleishman says can be easier to navigate with younger dogs, especially if you help them burn off some energy ahead of time with a walk or a game.

"That's why I really really recommend doing it with a puppy, when they sleep 22 hours a day. When you have a 3-year-old dog, it’s a lot different," Fleishman, a trainer with Downtown Dogs Chicago said.

And if that guilt of leaving them on their own starts to appear again, he says to think twice before you decide to fix the situation by adding a buddy into the mix.