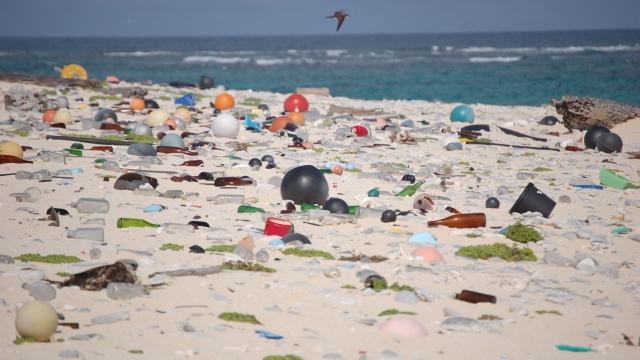 SMS
Our Oceans Are Littered With Trash — Here's How We Could Fix It
By Evan Thomas
By Evan Thomas
September 16, 2016
There are ambitious plans to get the garbage out of the oceans — with giant filters and with your own two hands.
SHOW TRANSCRIPT

There's a lot of trash in the world's oceans. Every year, volunteers for the nonprofit Ocean Conservancy comb beaches and coastlines to pick some of it up before it makes it to the water, but keeping oceans garbage-free requires some creative thinking.

Take the Pacific Garbage Patch, where currents drag trash and plastics into a big vortex out in the middle of the ocean. There are four other patches just like it across the planet.

There aren't concrete numbers for the amount of trash already swirling around in these gyres, but some research estimates it's increasing by 8 million tons a year.

The Ocean Cleanup project wants to filter it out. It proposes giant v-shaped barriers right in the middle of the garbage patch, which would comb the trash out of the ocean currents.

When it graduates from its proof-of-concept versions to its full-size filters, Ocean Cleanup claims its technology could reduce the Pacific Garbage Patch by half within a decade.

Some pollution — like oil spills — is harder to corral with a net, which is where the robots come in. MIT developed prototypes for a fleet of autonomous conveyor bots, which would roam for weeks at a time and soak up oils and other liquid pollution.

Of course, the best way to get trash out of the ocean is to stop it from getting there in the first place. That's why the Ocean Conservancy encourages people to use their own two hands with its International Coastal Cleanup day.

It's the largest one-day volunteer effort to comb trash off the world's coasts. Last year, nearly 800,000 volunteers gathered more than 18 million pounds of trash — or more than 717 pounds of garbage per mile of coastline they covered. 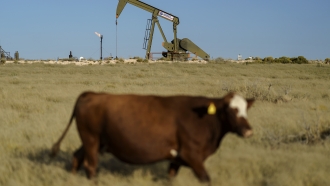