How Those Crazy Vegas Super Bowl Bets Turned Out 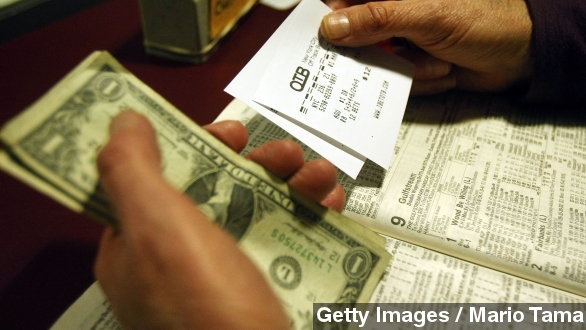 It was one of the most exciting, down-to-the-wire Super Bowls ever played. The Seahawks’ last second gamble to throw the ball at the one-yard line didn't pay off for them — or Las Vegas, for that matter. Patriots cornerback Malcolm Butler picked off Russell Wilson and sealed a thrilling 28-24 win.

It's the combination of a relatively high-scoring game and a Patriots win that's got Vegas casinos reeling.

The Las Vegas Sun reports casinos were rooting for the Patriots to lose and the combined game score to be under 47.5 points. One sportsbook's director told the outlet Sunday's result "was our one losing scenario."

The loss will likely mean Vegas casinos won't see the kind of record profit they saw last year at $19.7 million.

Casinos make most of their money adjusting the point spread and taking a vig, or a cut of the money from you for placing your bet. The Patriots were favored by 1.5 points going into Sunday, according to Bovada. They won by four points.

It wasn't just game action you could bet on, though.

Prop bets are apparent every year, allowing you to bet on everything from the color of Gatorade dumped after the win to what kind of hoodie Bill Belichick would wear. Here's a quick rundown:

Belichick was hit with both blue and orange Gatorade while in his blue, longsleeved hoodie — the blue Gatorade first. Tom Brady won his third MVP trophy and mentioned his teammates first in his MVP speech. Brandon LaFell scored first, Katy Perry opened with "Roar" and Richard Sherman went without an interception.

But let's get to some of the more controversial bets. Did someone tip off how long the national anthem would go? Idina Menzel sang for two minutes and four seconds — just over the 2:01 mark set for bettors.

But max bets came flooding in for her to go over, and Pregame.com CEO R.J. Bell said at least one site suspended betting.

TMZ says one betting site hosted odds on whether Perry would show cleavage during the performance, but there was debate on what defines cleavage.

"Some people in the offices argued that since the boobs weren't pushed together, there was technically NO cleavage. … So, the decision was made. ... The site has decided to pay BOTH SIDES of the bet.," wrote a TMZ reporter.

Regardless of your gambling outcome this year, you can start saving up for next year's Super Bowl on Feb. 7. The favorites? The Seattle Seahawks at 5-1 odds.