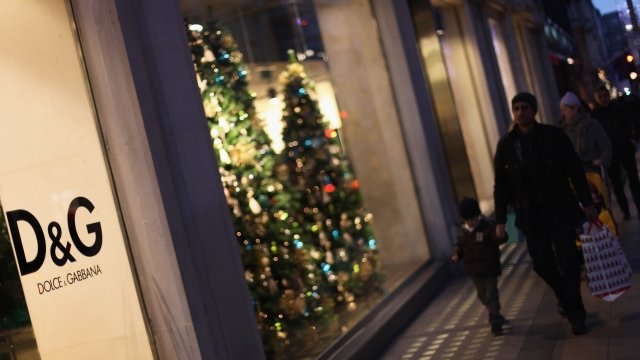 A recent Dolce & Gabbana ad campaign has drawn backlash in China, with some calling it "tasteless" and "racist." And it could be an expensive mistake for the Italian fashion house.

At the center of the controversy are three video ads that portray a Chinese woman struggling to eat Italian food with chopsticks.

"It's an insult to Chinese culinary culture. It's rather unacceptable."

"This carries a hint of innuendo. It's making fun of the chopsticks."

To make matters worse, in an Instagram exchange, co-founder Stefano Gabbana wrote China was "the country of [poop emoji]." D&G later claimed the account was hacked and issued an apology, saying, "our dream was to bring to Shanghai a tribute event dedicated to China."

Some people in China burned their D&G apparel. Prominent online stores say they'll no longer sell D&G items in the country, and some Chinese actors have boycotted the brand. A planned D&G Shanghai fashion show has been canceled, and the Chinese Ministry of Culture and Tourism said in a statement: "If one is not willing to understand China, eventually it will lose the China market." 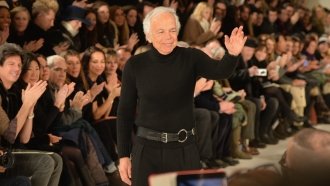 China accounts for one-third of luxury sales worldwide. Different outlets report the losses for D&G could be huge, with Reuters estimating the brand could lose as much as $500 million in revenue.

D&G isn't the only high-fashion brand courting Chinese consumers. Luxury brands like Louis Vuitton, Hermes and Gucci have also expanded their sales efforts in the region. That's because experts predict by 2025, nearly half of all luxury sales will be made in China.

D&G has faced allegations of racism and insensitivity before. In 2013, D&G models wore blackamoor earrings inspired by an art style that is rooted in colonialism. Its spring 2016 collection was reportedly meant to pay tribute to modern Chinese tourists, but models wore traditional cheongsam dresses that critics said represent an outdated view of modern Asian culture. The fashion house even named one model of shoe the "slave sandal."

D&G has issued a video apology, saying, "we have always been in love with China. ... From the bottom of our hearts, we ask for forgiveness," followed by the Mandarin word for "sorry." But not everyone was moved. Model Estelle Chen posted on Instagram, "You don't love China, you love money."