How The US Used Nationalism To Prevent Wildfires 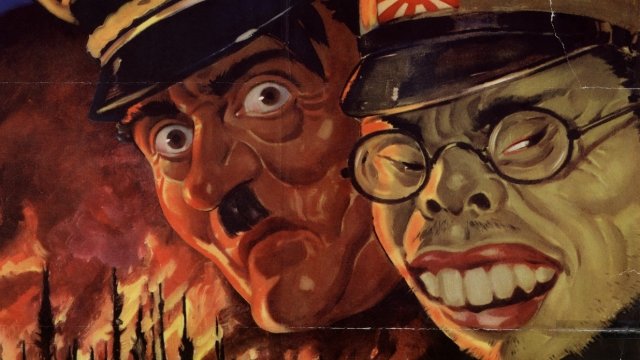 Smokey Bear has been the gravelly voice of U.S. fire prevention for more than 70 years. Considering the fact that eight out of ten forest fires are caused by humans — including one of the most destructive fires in California state history — his iconic message still applies.

But before Smokey, U.S. fire prevention was ignited by threats that were foreign, not domestic. 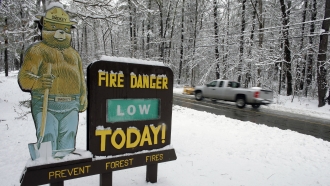 The Story Of Smokey The Bear

Take a look at this poster from 1943. The U.S. Forest Service along with the War Advertising Council — which later became the Ad Council — created this bit of World War II propaganda featuring Nazi leader Adolf Hitler and what can only be described as a racist caricature of Hideki Tojo, general of the Imperial Japanese Army.

Context is important here: a year before that poster was created, a Japanese sub surfaced off the coast of Santa Barbara, California, and fired on an oil field near Los Padres National Forest.

The shelling reportedly didn't cause much damage, but it stoked post-Pearl Harbor fears that the Japanese would attack again and that the nearby forest could be set ablaze.

According to the Forest Service's Fire Management Notes, "Ongoing war efforts had drained the United States of forest firefighters and heavy equipment used to fight fires. Thus, the Forest Service wanted to encourage the general public to participate in forest fire prevention." That's where the "Our Carelessness" and "Forest Fires Aid The Enemy" posters came from.

Both posters were a part of the War Advertising Council's larger effort to disseminate World War II propaganda that touched on all aspects of life and reminded Americans of their duties at home during the War.

By 1944, the Forest Service and the War Advertising Council decided to go in a different direction. After the success of a previous campaign featuring Bambi, Smokey Bear was created as the new symbol of fire prevention.

To this day, Smokey is the longest-running public service advertising campaign in U.S. history and, according to the Ad Council, he's recognized by 80 percent of outdoor recreationists.