Visiting A National Park? The Shutdown Could Make Things Tricky 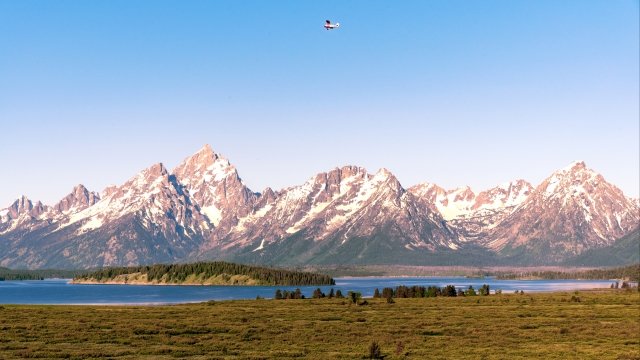 SMS
Visiting A National Park? The Shutdown Could Make Things Tricky
By Ethan Weston
By Ethan Weston
December 23, 2018
Most parks are open with a few important services missing.
SHOW TRANSCRIPT

If you're planning on taking a holiday trip to a national park, you may want to double-check that it's open before you go — the partial government shutdown could make things a little tricky.

Most parks will be open, but you're going to be mostly on your own. With the government shutdown comes a shutdown of park facilities. Visitor centers, bathrooms and campsites — anything that requires federal staff — will likely be closed at your park of choice.

Some parks, like the Gettysburg National Military Park, are shut down completely, though.

The National Park Service warns emergency and rescue services are limited during the shutdown period. And if you're going somewhere snowy, roads won't be cleared inside the parks.

There are a few parks that are getting some support from their states. Utah's keeping Arches, Bryce Canyon and Zion national parks staffed. Arizona's keeping the Grand Canyon functional. And New York state is paying to keep the Statue of Liberty and Ellis Island up and running.

It's not clear when parks will be back to full operations, but it might be a while. On Sunday, White House budget director Mick Mulvaney told Fox News the partial government shutdown might last through the New Year.