How The Russia Invasion Unfolded 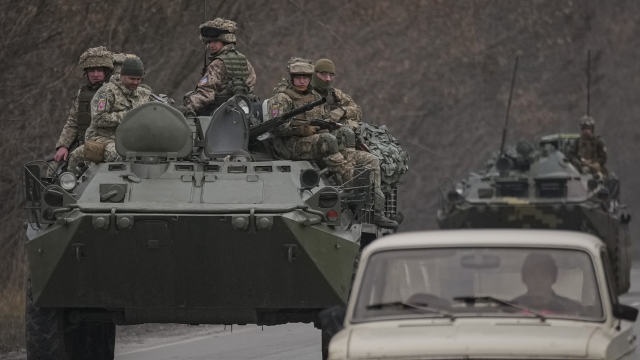 SMS
How The Russia Invasion Unfolded
By Chance Seales
By Chance Seales
February 25, 2022
Ukrainian President made a desperate plea late Thursday night in Ukraine before the Russian attack began.

The Ukrainian president appeared more somber as he made a desperate plea late Thursday night in Ukraine.

But President Putin had already decided to act. He told Russia he ordered a military operation inside Ukraine. Notably, he was wearing the same suit and tie as he was last seen in on Monday, perhaps indicating he had been waiting to begin the long-planned attack and that the invasion was just a matter of time, exactly as the United States and Western intelligence had been predicting.

At about the same time in New York, the U.N. secretary general opened an emergency meeting of the Security Council, begging Putin to call it off.

The Ukrainian ambassador then sparred with Russia's ambassador, ironically sitting as president of the U.N. Security Council.

"The Russian president declared war on the record," Ukrainian ambassador Sergiy Kyslytsya said. "Should I play the video of your president, ambassador? Shall I do that right now? Or you can confirm it? Do not interrupt me please, thank you."

Vasily Nebenzya, Russian ambassador to the U.N., responded: "Then don't ask me questions. When you are speaking, proceed with your statement."

"There is no purgatory for war criminals," Kyslytsya said. "They go straight to hell, ambassador."

At 6 a.m. Moscow time, the assault began. There were air strikes in Ukraine's biggest cities, targeting military posts and weapons warehouses, plus ports and airbases. And ground forces began moving in.

He pledged the world would "hold Russia accountable."

"Russia has attacked Ukraine. This is a brutal act of war," "We now have war in Europe on the scale and of a type we thought belonged to history."

The widest, bloodiest, most significant battle in Europe since the second World War was now underway with no clear end game in sight.