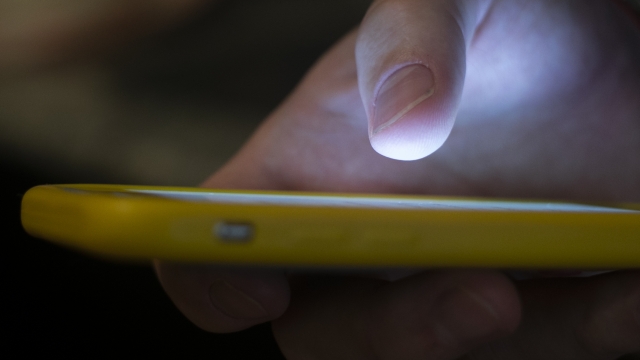 SMS
How The New 988 Hotline Will Change Mental Health Crisis Response
By Newsy Staff
By Newsy Staff
May 19, 2022
Calling 988 will act as a new hotline for mental health emergencies, caring for callers before other emergency services intervene.
SHOW TRANSCRIPT

The first call to 9-1-1 was placed in February of 1968, and ever since, it’s been the number we in the U.S. call for any and all emergencies.

Though calling three simple digits to get help when you need it seems simple enough, it's not exactly.

Responses vary on the situation – sometimes police are needed at the scene, other times it’s paramedics or firefighters. And many mental health advocates have argued there are some emergencies that might need another kind of response.

In recent years, there have been several cases where someone suffering a mental health crisis was shot and killed by police.

"If, when things get to the point where somebody is calling 9-1-1, you may or may not be able to prevent that from becoming a police matter," said Lisa Dailey, executive director of mental health nonprofit Treatment Advocacy Center. "But, I guarantee you that almost every one of those issues, there were opportunities earlier, you know, maybe months earlier, maybe just a few weeks earlier, where that could have been handled as a medical or a social services or treatment issue rather than as a 9-1-1 call, and that is where people need to invest."

Come July, there will be a new three-digit number to remember: 9-8-8, set up by the Substance Abuse and Mental Health Services Administration. The hope is that this number will connect people with a response to mental health-related emergencies.

The new number will replace the National Suicide Prevention hotline, which is currently a 10-digit number. After July, you’ll still be able to use the current Lifeline number, but all calls will be routed to the same place.

When you call 9-8-8, you’ll be routed to trained counselors who will listen, provide support and connect people with resources if necessary. Dailey explains that the new line will be available for emergencies, but it'll also address situations proactively before things escalate.

"If you're talking about heart health, we know that before you get to the heart attack point, there's a whole bunch of, you know, your senior physician, you're doing screenings, you have opportunities to intervene at the non-emergency level," Dailey said. "Hopefully that prevents you from ever having a heart attack. If you do have a heart attack, we know what happens, you know, you go to the hospital, and then there's this follow up care that happens. We don't have that for mental health conditions, and we don't have that for behavioral health a lot of the time."

This number is becoming accessible as health experts across the U.S. say we’re already in a mental health crisis. One in five adults live with a mental illness, according to the National Institute for Mental Illness. Teens are also being impacted, with an estimated 49.5% of adolescents having a mental disorder. Suicides in the U.S. have also increased the last two decades, and the pandemic exacerbated things.

Advocates say this new number will reduce interventions with armed officers and decrease the reliance on emergency rooms.

"So the idea would be that we're expanding the scope of what was just the suicide hotline to also encompass behavioral health crisis and substance use crisis and the kinds of things that we want to decriminalize," Dailey said. "So basically, providing an alternative to 9-1-1 that is really more set up to have people respond who are not law enforcement, unless that's absolutely necessary."

This was all put in motion back in 2019 when Congress passed the National Suicide Hotline Designation Act.

The plan is for this new hotline to build onto the original Lifeline that was established in 2005. According to a report from Substance Abuse and Mental Health Services, there’s a network of over 180 independently operated and funded local call centers, including 38 chat/text centers, three Spanish language centers and nine national backup centers.

But funding is a major concern. Most of these centers receive minimal direct federal funding to support their operations — typically, a yearly stipend of anywhere from 2,500 dollars to 5,000. They predominately rely on local, state and private funding, as well as volunteers.

The bill does allow state lawmakers to raise money for call centers the same way they do for 9-1-1, which is a monthly fee on phone bills. According to The New York Times, the fees collect an estimated $3 billion a year for 9-1-1 services.

Currently only four states have authorized a phone-bill charge for 9-8-8.

On top of funding concerns, there are also worries that funneling resources to 9-8-8 might lead to the line being overwhelmed and more people not being able to get through.

"We want to make sure that people understand that this isn't going to be, like, flipping a switch where 9-8-8 suddenly goes live and it's ready to go," Dailey said. "Everybody's going to need to stay involved and active and advocate to make sure that this turns into what it can turn into... We won't be done in July; we'll be starting in July. But we really do have the potential because people are paying attention to this."