Who Actually Gets To Vote For President? 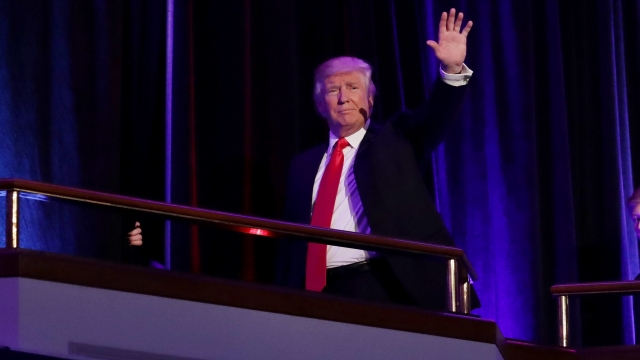 They're called electors. But who the hell are they?

If you've taken a civics class, you know the Electoral College still has to vote on Donald Trump's becoming the 45th president. But who the hell are these electors, anyway?

Becoming an elector is a two-part process that's left to the political parties in each state. First, every party picks its own electors. This usually happens in the spring or summer of an election year.

To make sure the electors go with the state's popular vote, they're typically party leaders or pretty loyal to the party. They can be state officials, but they can't be members of Congress or hold any federal office.

The second part is all on us: the voters. On Election Day, when you bubbled in Donald Trump or Hillary Clinton or Gary Johnson, you were actually voting for those 3 to 55 electors in your state.

So when Trump won Texas or Clinton won New York, their respective party electors also won, whether you knew it or not.

And this year on December 19, in every every state and Washington, D.C., the electors will meet and cast their votes for whichever candidate their state chose.

But there are "faithless" electors who have, in the past, ignored the will of their voters. The majority of states have some kind law that pledges elector votes, but no elector has ever actually been prosecuted.

Remember, these are party loyalists, so bucking the establishment is probably not on their to-do list — no matter what they think about the winning nominee.