How The Beak Is Providing A Breakthrough In Bird Evolution 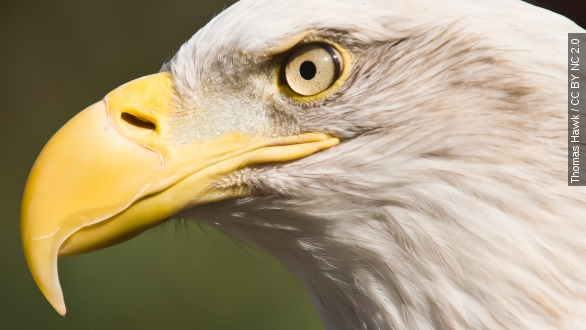 If you want to get the most realistic look at some dinosaurs this summer, your best bet really isn't "Jurassic World." (Video via Universal Pictures / "Jurassic World")

No, your best bet is grabbing a pair of binoculars and striking out with a local birding group. (Video via Cornell Lab of Ornithology)

Science has held for a while now that birds are theropod dinosaurs, but we're still figuring out exactly how they made the transition from hulking behemoths like Spinosaurus to modern-day sparrows. (Video via BBC, Youtube / Brian I)

Now, researchers have made something of a breakthrough, and it's all because of the beak.

Beaks are one of birds' most distinctive characteristics, and their widely varied uses reflect birds' evolutionary adaptation. (Video via PBS)

Research published in the journal Evolution details how scientists went a little "Jurassic World" on chicken embryos to replicate features from the fossil record.

Scientists in the past have noted how birds' skeletons more closely resemble their dinosaur ancestors in embryonic stages than as adults. (Video via Poultry Cooperative Research Centre)

Montana State University paleontologist Jack Horner said, "The hand actually looks pretty much like the archeopteryx hand ... but a gene turns on that actually fuses those together. So what we're looking for is that gene, we want to stop that gene from turning on."

So the researchers inhibited certain genes in the chicken embryos, leading them to develop snouts closer to those of ancestral birds we know from fossils.

What's the significance of their findings? Well that remains to be seen, but there is one big takeaway.

The researchers say their methods could be used to trace back evolutionary developments, genetically — which would essentially tell scientists how the birds evolved.

But there's a lot of research to be done, and we're still a pretty long ways off from anything resembling "Jurassic World."

So in the meantime, you'll have to settle for birds. Which isn't really settling because birds are awesome. (Video via National Geographic)

This video includes an image from digital cat / CC BY 2.0 and music from Chris Zabriskie / CC BY 4.0.