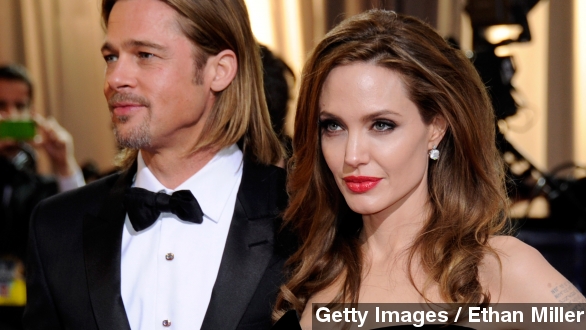 Celebrities are often influential on their fans, but Angelina Jolie took it a step further with her global impact on breast cancer screenings.

In May last year, the actress penned an op-ed piece in The New York Times about her decision to undergo a double mastectomy after learning she carries a gene mutation that's said to increase breast cancer risk.

Dubbing it the "Angelina Jolie Effect," studies show the number of referrals for evaluation of breast cancer risk had more than doubled in the U.K. and Canada since Jolie's story was published.

And they had good reason to. According to the National Cancer Institute, female breast cancer is the second leading type of cancer, with more than 200,000 estimated diagnoses this year alone.

Although experts say only 5 to 10 percent of breast cancers are thought to be hereditary, the risk for those who do have the gene mutation rises by as much as 90 percent.

Experts say double mastectomies aren't always a solution in preventing the disease, and it can often become a difficult decision to cope with for those who do undergo the procedure.

But researchers say Jolie's "glamorous image" likely influenced other women not to be as fearful of the procedure.

In one study, researchers wrote: "This may have lessened patients' fears about a loss of sexual identity post preventative surgery and encouraged those who had not previously engaged with health services to consider genetic testing."

Other celebrities said to have made an impact on public health include Katie Couric with her decision to have her colonoscopy performed live on the "Today" show.