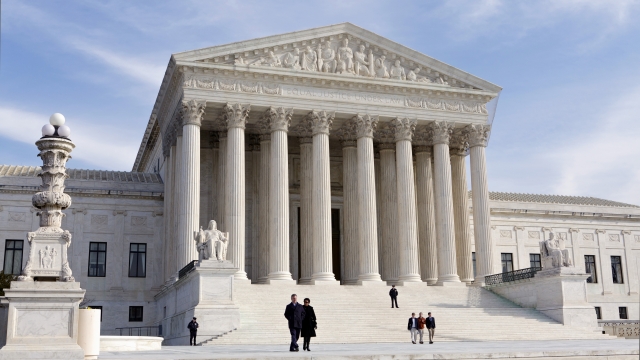 The U.S. Supreme Court has weighed in on a handful of legal battles over voting — in most cases siding with state laws. And so far, that has resulted in the high court more often than not rejecting efforts to ease voting amid the pandemic.

Hundreds of lawsuits have been filed this year by Republicans, Democrats and the presidential campaigns over the ground rules for the 2020 election. The legal battles surround issues like mail ballots, witness requirements and signature-match laws.

The Trump campaign and Republicans have broadly resisted pandemic-driven changes to the voting rules, arguing mail ballots lead to fraud despite little evidence to support the claim. The Biden campaign and Democrats have largely sought to offer more flexibility to voters during the outbreak, with party loyalists saying they are much more likely to vote early.

Among the cases: The court's decision in April to block extended voting in Wisconsin. In June, the justices rejected Democratic efforts to expand voting by mail to all Texas voters — not just those over the age of 65 — during the pandemic.

"The court is going to have influence on how the election is administered. The caution there is that the number of votes that we’re talking about are unlikely to be outcome determinative at the end of the day," said Charles Stewart III, political science professor at MIT and co-director of the Stanford-MIT Healthy Elections Project.

Democrats have had some wins, though — but here, too, the justices deferred to state courts.

In August, the court said Rhode Island residents can vote by mail without witnesses, rejecting a GOP effort to keep the requirement in place. And earlier this month, the justices rejected a GOP effort in Maine to suspend ranked-choice voting and cleared the way for election officials in Montana to send mail-in ballots to the state's voters.

In the days before Election Day, the justices are set to issue more rulings, including whether the battleground states of Wisconsin and North Carolina can extend their deadlines for mail-in ballots.

The legal wars are being fought while the court is set to welcome its ninth member: Judge Amy Coney Barrett.

With nine justices again on the bench, the 4-4 split seen in a Pennsylvania case is not likely to be seen again. In that case, the tie left in place a lower court order allowing Pennsylvania to count mail ballots received up to three days after Election Day.

Republicans are challenging that ruling — and they're asking the Supreme Court to rule on the case before Election Day.