Straight Edge: The Subgenre That Turned A Counterculture On Its Head 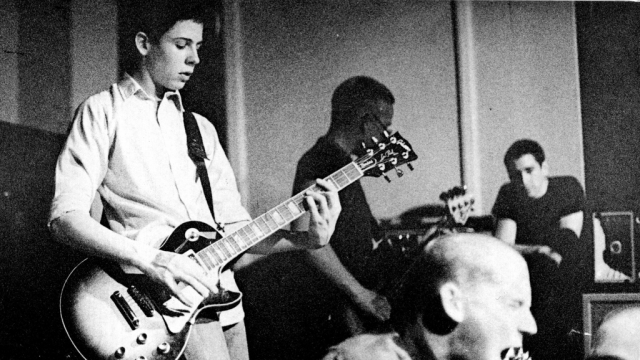 Straight edge was born of rebellion against the hardcore punk scene of the 1980s, flipping the notion of counterculture on its head. It all started with a 46-second song titled "Straight Edge" released in 1981 by the band Minor Threat in Washington, D.C. It advocated for no drugs, no alcohol and no promiscuous sex. A new kind of rock 'n' roll that soon caught on. Minor Threat frontman Ian Mackaye penned the song — just a teenager at the time — rejecting the hedonism he saw as rampant in the punk scene: "I'm a person just like you/ But I've got better things to do/ Than sit around and smoke dope/ 'Cause I know I can cope/ Laugh at the thought of eating 'ludes/ Laugh at the thought of sniffing glue/ Always gonna keep in touch/ Never want to use a crutch."

Fans say straight edge is about more than just a list of no-nos. It's about maintaining an "edge" — an advantage over those who indulge.

By the mid-'80s, the movement caught on. New York City's Bold, Boston's Slapshot and L.A.'s Chain of Strength all had fan favorites. The most notable straight edge iconography is the bold black "X," similar to the X put on a minor's hand at a bar to tell bartenders not to serve them. The "X" commonly appears on T-shirts, hats and tattoos.

About four decades later, Minor Threat has broken up, but straight edge is a worldwide movement at a time when young people as a whole are delaying drugs and sex. And the lyrics are still filled with hard-hitting defiance — perhaps, at times, too hard-hitting. Some adherents have adopted a more violent stance toward drug use and drug dealers. Critics say it borders on dangerous militancy.

In the modern mainstream, straight edge has a diverse following. It includes MLB pitcher C.J. Wilson and wrestler CM Punk. Many fans are vegan. Some espouse animal liberation, anti-capitalism and other "radical" brandings common in the punk scene. Keeping with the idea of self-discipline, some are also into weight lifting.

Some straight edgers age out of the system. Others remain for life. Yet more continue streaming in search of a long, healthy life and a counterculture to call home.