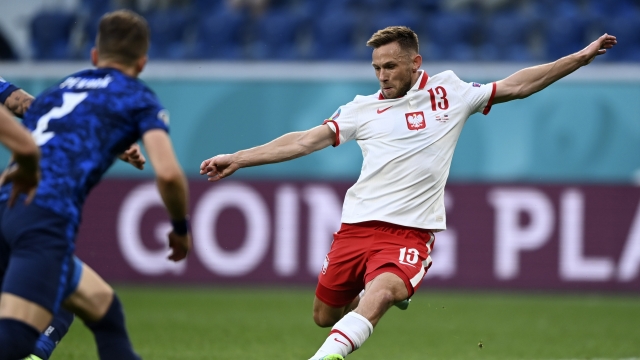 SMS
How Soccer And Formula One Are Winning Over American Fans
By Newsy Staff
By Newsy Staff
June 20, 2022
Newsy's "In The Loop: Scoreboard" looks into the business side of sports. Today, we're diving into how some sports have grown their fanbases.

But while certain sports are doing well in this landscape, others are struggling to adapt — even sports that have long been mainstays of American culture.

For younger sports fans, their sports interests might look vastly different from older fans. Sports like soccer, e-sports and Formula One racing have seen considerable growth in the U.S., largely driven by interest from millennials and Gen Z.

As the internet, new technology, and globalization bring the world together, more and more Americans are becoming fans of international sports.

Roxane Coche is a University of Florida communications professor who has studied both sides of the international sport divide, both in her native France and in the U.S.

"We're getting to a point where, like, this generation has grown up with the ability to kind of speak their mind and be who they truly are, perhaps more so than any other generation before," Coche said. "And so I think that and also the ability of having access to niche environments, niche sports in this case, but niche anything through the power of the internet."

Let’s start with the huge jump in the U.S. fandom for Formula One racing. The international car racing series has found hundreds of millions of fans around the world, and despite decades of efforts to hold races in the U.S., it couldn’t compete with the attention in the states that American racing series like NASCAR or Indy Car  got.

But F1 took a different approach, creating "Formula One: Drive to Survive," a behind-the-scenes documentary series released on Netflix that tracks every driver and staff from every racing team.

Now, it’s a smash hit among American fans. The first Miami Grand Prix held in May sold out a capacity of 240,000 fans over its three days in the Sunshine State, and polling tracking the recent uptick in F1 fandom tie it back to the Netflix series. A Morning Consult poll released in March found that more than a third of fans aged 18 to 34 in the U.S. became fans just in the last year, and that more than half of all F1 fans said the Netflix series was a reason for their fandom.

To some extent, the success of a behind-the-scenes docu-drama in driving new interest in a sport shouldn’t be a surprise. Ohio State economics professor Trevon Logan, who has done years of research on sports economics, shared why.

"A lot of what we're consuming in this is really about these narratives that have sort of mythologies attached to them," Logan said. "So you have these great, great narratives, and then at the individual level, you need these compelling narratives about people."

It’s accessible too. The documentary series is available on Netflix, while races air on ESPN and their streaming services.

More established leagues have also tried their hand at streaming their games.

MLB is experimenting with new broadcast techniques in games streaming on Apple TV this season, including weaving in more live stats, and NFL fans might be in for a bit of a shock when they try to find the Thursday night games this year. They’ll be on Amazon Prime for the next decade-plus.

As more and more people cut the cord and don’t rely on cable, leagues might need to find other sources of money and other places for fans to watch, according to Southern Utah University professor and sports economics expert David Berri.

But while F1 has seen a lot of growth, the sport that’s made arguably the biggest jump into the U.S. mainstream has been the one that the rest of the world loves most of all: soccer.

Accessibility has played a role here, too, as U.S. channels have paid for the rights to air events like the World Cup and European soccer leagues and put them on TV and streaming platforms.

The game known internationally as football has struggled for a long time to gain traction in the U.S., but surveys show it’s now the fourth-most popular sport in the U.S. after having passed hockey.

Fan analysis from the soccer marketing firm Gilt Edge found that nearly 70% of soccer fans in the U.S. are under the age of 40, and it’s definitely a more diverse crowd, as immigrants or kids of immigrants from soccer-crazed countries bring their love for the game to the U.S.

"I started to see a lot of intersections with immigration history, with a lot of my own upbringing as the son of Mexican immigrants and a deep love for the sport and Mexico and also other Latin American countries," said Ulices Piña, assistant professor of history at Caliofrnia State University Long Beach.

Piña told Newsy that in studying the rise of soccer in the U.S., and specifically in Southern California, he’s seen the two Los Angeles teams in Major League Soccer improve their efforts to appeal to Latino fans.

"A few years after the founding of the league, especially when Major League Soccer began to experience financial turmoil... I started to think of new ways of generating revenue, and one of those ways was to cater to that existing fan base, which is predominantly Latino," Piña said.

There's been a growth of the game domestically across a range of demographics, with the U.S. Women’s National Team winning the last two FIFA Women’s World Cups, the men’s national team improving, and the rise of men’s and women’s professional leagues like MLS and the NWSL.

MLS has expanded dramatically in the last 20 years, nearly tripling in size from just 10 teams in 2002 to 28 teams this year, with a 29th set to join in 2023. Its female counterpart, the NWSL, has seen success with expansion, with LA's new club Angel City FC playing its first match last month in front of a sellout crowd.

But even clubs abroad have attracted their share of diehards here, and it’s a common sight to see American fans crowd into bars across the U.S. on weekend mornings and afternoons to show their love for soccer clubs an ocean away.