How Serious Was Oliver Stone About His Putin Documentary? 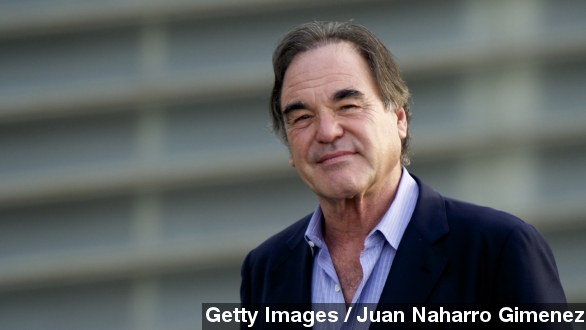 SMS
How Serious Was Oliver Stone About His Putin Documentary?
By Ben Lawson
By Ben Lawson
November 7, 2014
Oliver Stone has said he wants to do a documentary about Russian President Vladimir Putin and show Americans a perspective they don't want to see.
SHOW TRANSCRIPT

Oliver Stone's next project in the pipeline? The controversial director might be making a documentary on Vladimir Putin ... depending on who you ask.

The Hollywood Reporter treats it as fact: "​Oliver Stone is planning to make a documentary about Russian President Vladimir Putin."

But Variety just goes by the quote — Stone told Russian state-run news agency RIA Novosti, "I would like to make a documentary about him."

Whether the documentary is actively in the works or an idea the Oscar-winner is mulling over is unclear, but such subject matter wouldn't be unusual. Stone is almost as well-known for his political activism as he is for his work behind the camera.

Stone has always made his political leanings well-known. In March he wrote a Facebook post that seemed to support Russia's annexation of Crimea.

Stone even told RIA Novosti: "I would interview [Putin] to show a view that Americans do not want to hear."

He's already directing a biopic about Edward Snowden, the whistleblower behind the NSA scandal who's residing in Russia now.

And in August Stone said this while speaking about his Snowden biopic.

STONE VIA PRESS TV: "Obama is a snake. He's a snake, and we have to turn on him."

He's covered controversial leaders before, making movies in the past about Cuba's Fidel Castro and Venezuela's Hugo Chavez.

The Hollywood Reporter writes a spokesman for Putin confirmed he's aware Stone wants to make a film about him but did not comment further. They also met briefly at an event this week in Moscow.