How Selling Harvested Organs Could Play Into ISIS' Budget 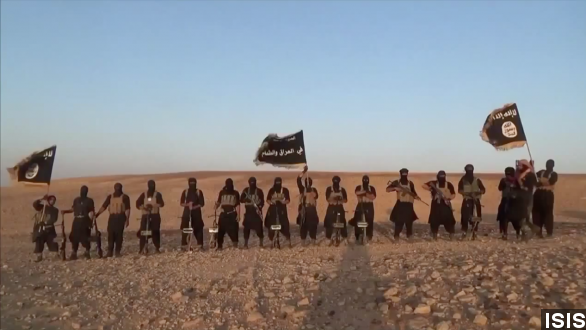 SMS
How Selling Harvested Organs Could Play Into ISIS' Budget
By Kate Grumke
By Kate Grumke
February 18, 2015
Iraq's U.N. envoy asked the U.N. Security Council to look into claims that ISIS is harvesting organs and selling them to fund its operations.
SHOW TRANSCRIPT

The Islamic State is reportedly harvesting organs to fund its operations, according to an Iraqi official.

Iraq's envoy to the U.N. told the Security Council that some bodies in mass graves had incisions and were missing kidneys, and that ISIS executed a dozen doctors who refused to harvest organs. Neither claim has been independently verified.

According to the Iraqi official, the reason the Islamic State is harvesting organs is to fund its terrorism operations.

ISIS generates as much as tens of millions of dollars per month through a series of operations.

"ISIL's revenue streams are, to be sure, diverse and deep. … ISIL is probably the best-funded terrorist organization we have confronted," said David S. Cohen, U.S. Under Secretary for Terrorism and Financial Intelligence.

ISIS reportedly makes up to $6 million dollars a day from sources including oil production in Iraq and Syria, tax revenue, sales of archaeological artifacts, ransom for hostages and cash donations from wealthy backers.

If the claims of organ harvesting are true, that would represent a dark new revenue stream for the group. According to the World Health Organization, brokering a black market kidney transplant could get you as much as $200,000.

The Iraqi envoy has called on the U.N. Security Council to investigate the claims that the Islamic State is harvesting organs.