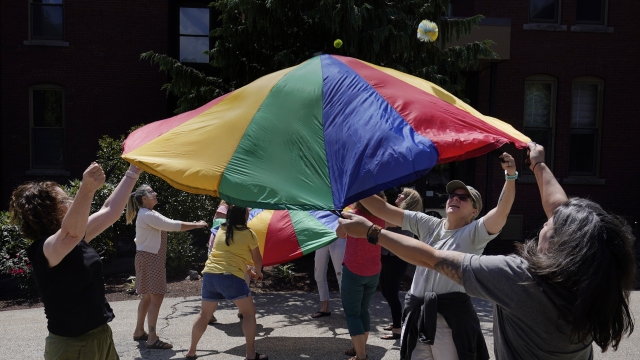 Hot-button issues have made local education decisions part of the national political discussion.

Brenda Stephens is a veteran of the school board wars. More than two decades ago she ran and won on the issues of school violence and teacher burnout.

"The top two priorities in 1998 when I ran were the threat of violence in our schools — that's now, and the retention of quality teachers. So the issues are the same. It's how we're dealing with them is different," said Stephens.

The former president of the North Carolina School Boards Association says what she’s facing has become more intense and a lot scarier.

"We didn't have the Proud Boys in 1998 — we had the Klan. At least we knew what to expect. We have the Proud Boys and the Moms of Liberty showing up at our school board meetings. They showed up at ours and they threatened you. As a result, I will tell you, I went out and I took a class — conceal and carry and I said, yeah, I'm going to protect myself because there's that. We know where you live. It's a fine. Come on, get on my property and you'll meet your maker," said Stephens.

School board campaigns are now on the front line of the political battle. Districts crisscrossing the United States are fighting over COVID mask mandates, changes in gender policies and teacher pay.

More schools are policing what can be taught, from discussions of gender identity to race.

"I would say probably the first most important thing is supporting teachers and our schools and really making sure that we're behind them 110%," said Carrie Pitchford, a North Carolina voter.

And there’s a battle over history itself, beginning with slavery — a curriculum sometimes considered too divisive.

Tony Simmons, who grew up in Atlanta, said glossing over history is failing our kids.

"I don't feel like I was taught the truth in history. And ultimately, as I've gotten older and can put things into context, history matters. And you're not taught that in school?" said Simmons.

These debates are transforming what used to be low profile contests focused on local issues, into targets for political advocacy  in the culture wars.

"We're sort of low hanging fruit. And if you'll notice, they're going after school board members. Tammy it's left me shaking my head about what society is, what's this world coming to?" said Stephens.

And so at 70 years young, Stephens is now taking a breather from the board. She’s back in the classroom working as a substitute teacher, so she can still help kids without all the political division.