How Robots And Humans Can Peacefully Coexist 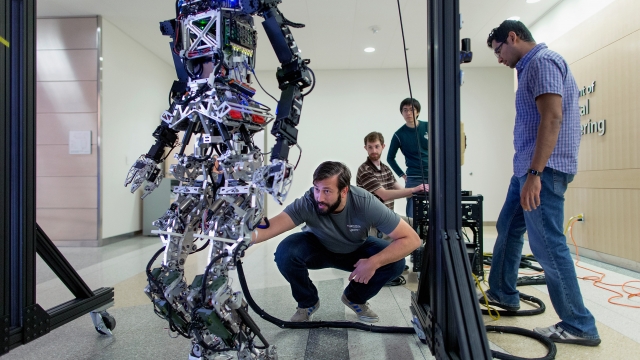 SMS
How Robots And Humans Can Peacefully Coexist

By Evan Thomas
April 11, 2017
The future doesn't have to include a robot showdown. Instead, we're teaching robots to safely interact with humans.
SHOW TRANSCRIPT

Futurists like to warn that robots will take our jobs and that artificial intelligence could eventually rise up against humanity. But a lot of researchers are disregarding this and instead are figuring out how to make robots coexist with humans.

Some robots, like the ones on assembly lines, are designed to be mindlessly precise. Humans are less predictable. So we're making the robots safer — whether that's with air bags or with software that teaches the robots to stop if a human gets too close.

We're teaching our robots (and their software) about us. We can program speech recognition that's as capable as a human. Software is learning to detect emotions. And we're teaching robots how we behave in three-dimensional space so they can move around without running us over. 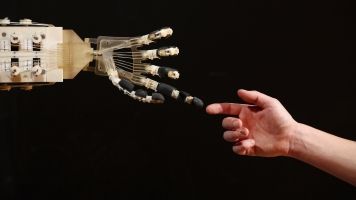 The Future Is Here, And It's Filled With Robots Taking Jobs

And when we build robots that think and act more like us, we can even use them to improve and repair our own bodies.

"The new mathematical approaches developed here anticipate all the physical and mental strategies people might use to carry out a task — and as a result, could lead to more capable physical therapy robots," said the National Science Foundation's Miles O'Brien.

So if it's a robot revolution, it seems to be the good kind. Some research has even shown just interacting with social robots makes us more motivated. Instead of replacing us, they're encouraging us.