How Racial Slights Impact Women Of Color In The Workplace 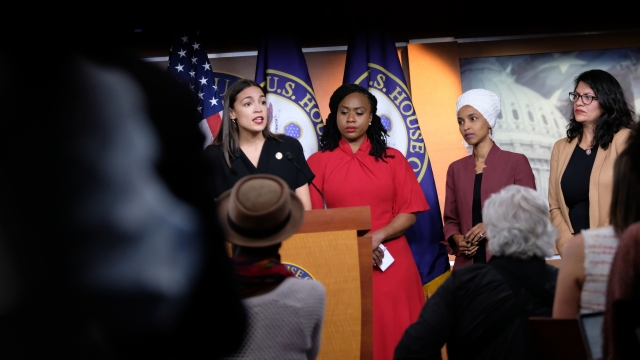 SMS
How Racial Slights Impact Women Of Color In The Workplace
By Cat Sandoval
By Cat Sandoval
July 19, 2019
A study shows that for working women of color, microaggressions or subtle discrimination can be more impactful than racial slurs.
SHOW TRANSCRIPT

Speaker of the House Nancy Pelosi: "How they're interpreting and carrying it to another place is up to them, but I'm not going to be discussing it any further."

Rep. Alexandria Ocasio-Cortez: "It's singling out four individuals and knowing the media environment we're operating in and knowing the death threats we get, knowing the amount of concentration of attention. I think it's worth asking why."

The four congresswomen of color, known as "the squad," feel undermined by what they perceive as a microaggression, or subtle discrimination. While it's happening on the big stage where they can fight back with some support, many women of color in America face similar problems in workplaces where they could lose their jobs for speaking up.  Examples include being talked over in meetings or having to prove their competence. 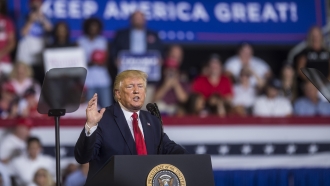 President Trump, Democrats Respond To 'Send Her Back' Chant

Johnson conducted research showing that microaggressions in the workplace have a more traumatic impact than overt racism, like racial slurs. For women of color, the effects are even deeper than compared to men of color and white women.

Johnson: "Microaggressions are quite insidious. ... They communicate to a woman of color, 'You have been granted entry into a social club, into the workspace specifically.' And then once they're entered into the workspace, they're being subtly communicated to that their voices are not valued as much, their work is going to be scrutinized much more harshly. … They're often left to figure out, 'Was that race-based or not?' ... What then occurs is that people who have had these experiences over and over in the workplace end up manifesting traumatic stress symptoms." 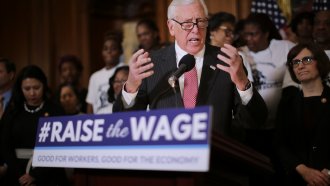 Johnson says the psychological impact at work could look like disengagement from others in the workplace as a self-protective measure or lackluster work performance. And it can be even more difficult for women of color to seek career advancement if they feel like their work has been diminished.

The McKinsey study shows that women of color represent just 4% of executive positions, despite representing 18% of the population. And it's not because of a lack of experience or education, either. The Harvard Business Review found black women who earned MBAs at Harvard's business school from 1977-2015 made up about 13% of the highest-ranking exec positions.

Not only do women of color experience microaggressions more than men and white women, they do so on an uneven playing field. According to the McKinsey report, women of color get less support from their managers, which includes providing resources and navigating organizational politics. They also get less interactions with senior executives, which could lead to missed opportunities and promotions. Johnson says for women of color, dealing with microaggressions in the workplace can also be a distraction from doing their jobs.

Johnson: "The thing that is particularly different about the congresswomen is that they do have a platform to speak about these things, whereas I think a lot of women of color often have to stay very silent for fear of retribution in the workplace, that they speak up about racist or sexist behavior."