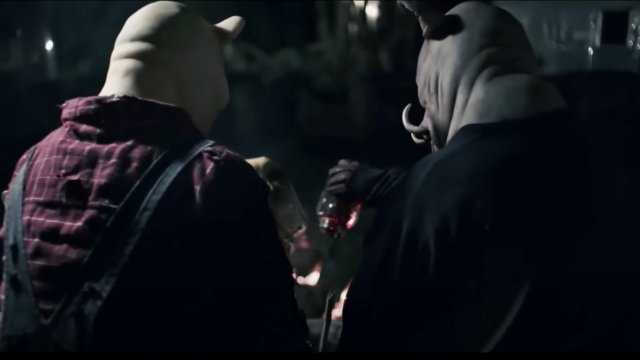 SMS
How Public Domain Made Way For A 'Winnie The Pooh' Horror Movie
By Casey Mendoza
By Casey Mendoza
September 7, 2022
'Winnie the Pooh: Blood and Honey' is a real, upcoming horror movie with familiar characters, but adapting them is no easy legal task.

The 1926 children's book "Winnie-the-Pooh" by author A.A. Milne entered the public domain this year, which happens 95 years after the original publication of a piece of art. That means horror movies like "Winnie the Pooh: Blood and Honey" can now wade through some obscure legal waters to ruin your childhood memories.

The trailer for the horror flick garnered more than 2 million views since it came out in August, but adapting characters from public domain is no easy legal task.

"What has come into the public domain is just the original story, the original elements, original characters," said attorney Tre Lovell. "Whatever Disney has done to that, they continue to own that."

In 1961, Disney acquired the rights to Milne's characters and stories, and that adaptation is not in the public domain. So, what's the difference? 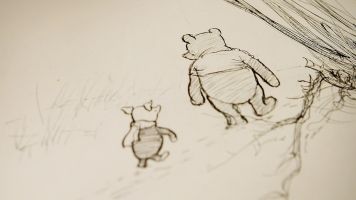 Is Winnie The Pooh Actually A Girl?

For starters, there is Winnie the Pooh's iconic red shirt, which didn't appear until the 1930s.Other characters, like Tigger, weren't introduced until 1928, and any story that Disney created itself for its own movies or children's shows are still copyright protected.Recognizing those little differences can help artists avoid incurring the wrath of the notably litigious House of Mouse. But what "Blood and Honey" is doing — building upon characters from the public domain — is what allowed Disney to build its own creative empire.

"These are from 'Grimm's Fairy Tales', right?" said attorney Jon Steinsapir. "So, they certainly embellished and created more, but they're creating on top of stuff that was already in the public domain."

From an artistic sense, that's why copyright laws and the public domain exist: so artists can protect their own works then allow future artists to build upon it.

"Everyone is building on top of everyone," Steinsapir said. "You're standing on the shoulders of giants." 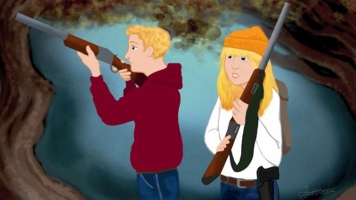 From a business perspective, there's another layer of legal protection that Disney has over its work.  "When you're using Winnie the Pooh in a branding sense, that can infringe Disney's trademark," Steinsapir said.

"Because Disney has also trademarked the name of the movie, the name of the title, 'Winnie the Pooh,' as well as many of the characters, the trademark rights will continue on, even though the copyright rights have fallen into the public domain," Lovell said.

Because of Disney's trademarks, sticking "Winnie the Pooh" or "Cinderella" on t-shirts or hats isn't allowed because the company could argue it would confuse consumers into thinking they're buying official Disney merchandise.

It's the same with major logos, and unlike copyrights, trademarks are permanent."It's not easy to trademark a character," Lovell said. "The character has to acquire a certain secondary meaning where somebody sees it and be automatically acquainted as coming from a particular source. Mickey Mouse is a great example. When you see Mickey Mouse, you're almost universally acquainted with Disney.

"Beyond Winnie the Pooh, Disney is historically protective of Mickey Mouse, going so far as pushing for the Copyright Term Extension Act of 1998, which extended copyrights from 75 years from publication to 95 years. The act was nicknamed the "Mickey Mouse Protection Act" because it extended the copyright on the well-known character for an extra 20 years.

The copyright on "Steamboat Willie," Mickey Mouse's debut, expires in 2024, but the trademark on the mouse is forever.