Where The Idea For Presidential Pardons Came From 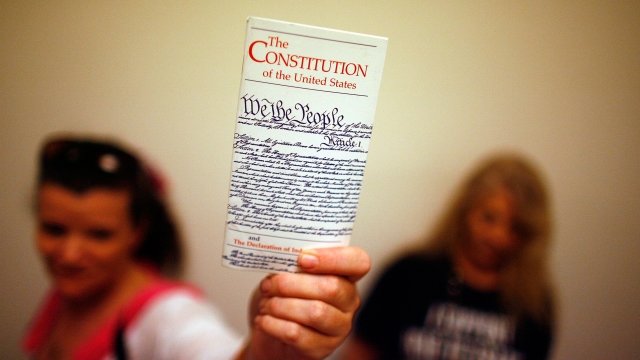 SMS
Where The Idea For Presidential Pardons Came From
By Cliff Judy
By Cliff Judy
August 23, 2018
The U.S. president's constitutional power to wipe away a criminal conviction dates back to English kings.
SHOW TRANSCRIPT

The pardon is one of those uniquely presidential powers that's almost uncheckable in our checks and balances system.

The concept dates back to English kings' "royal prerogative of mercy," which made it a controversial power to put into the U.S. Constitution. Alexander Hamilton himself had to fight for it in the Federalist Papers.

Article II, Section 2 of the U.S. Constitution — the section that names the president the "Commander in Chief" — reads, "he shall have Power to grant Reprieves and Pardons for Offences against the United States, except in Cases of Impeachment."

In this "Ask The Experts," Justin Dyer of the Kinder Institute on Constitutional Democracy explains it was an English philosopher's work more than a century before the Constitution was ratified that helped convince the founders to include pardons in our founding document.