Has President Trump Changed the Allure of Being Chief of Staff? 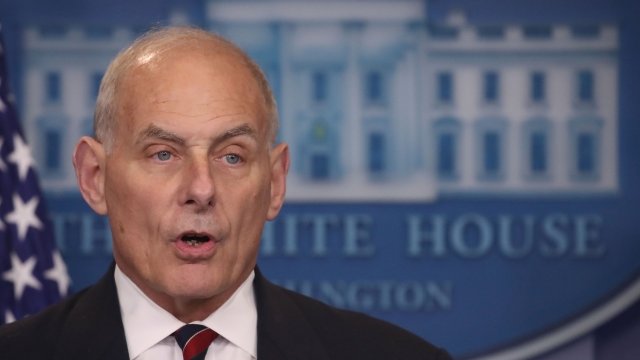 SMS
Has President Trump Changed the Allure of Being Chief of Staff?

By Willie James Inman
December 11, 2018
Author and political expert Chris Whipple discusses how Trump has made it more difficult to find a replacement for John Kelly
SHOW TRANSCRIPT

White House Chiefs of Staff basically serve as the gatekeepers for an American president. The demanding job often has a high turnover rate, but there's usually no shortage of high-profile candidates waiting to replace them — at least, it seems, until now.

"You know it's not unusual to have several chiefs of staff," said Chris Whipple, who is the author of book called The Gatekeepers: How the White House chiefs of staff define every presidency. "But there's never been anything like the spectacle of no one with any real qualifications really wanting the job."

President Trump is now searching for his third chief of staff in two years. For perspective, President Obama had four chiefs of staff and George W. Bush had two both during two terms in office. Author Chris Whipple says the President needs to let whoever takes on the role carry out his agenda.

"One of the reasons this White House is broken and dysfunctional and has one piece of legislation essentially to its credit, the tax cut, is because Donald Trump has not empowered a White House chief of staff to help him to govern," Whipple said.

Most modern presidents starting with Eisenhower have relied on their Chiefs of Staff to help them run a growing federal government. But there's no law saying Trump has to have one; so can the president just go at it alone?

"It's a fools errand," Whipple said. 'If Trump decides that he wants to continue to run the White House himself and if he wants to be Jimmy Carter...a one term president, he should keep doing exactly what he's doing."