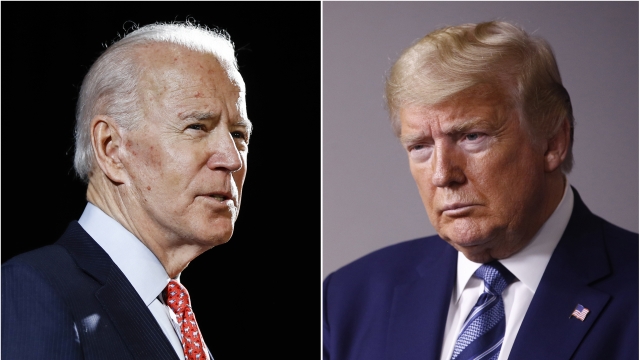 America is just three months away from the presidential election, but do Americans know enough about foreign interference?

"What is the biggest foreign threat that you’re worried about right now?" I asked.

"My easiest answer is the American people," said Bill Evanina, Director of the United States National Counterintelligence and Security Center. "The inability for us as a society to understand foreign influence after what we've been through the last four years. I'm just not sure we as a nation are where we need to be."

"I think that we have to do a better job as a nation, seeing that and understanding the foreign influence on our political divides in the U.S," Evanina said.

Days before, House Speaker Nancy Pelosi criticized Evanina as keeping Americans in the dark about Russian interference. Days later, she and other Democrats emerged from a classified briefing with Evanina, saying they’re worried about the 2020 election.

Evanina told Newsy Russian actors are using platforms like Instagram and encrypted communications. And instead of turning to trolls and bots, as the United States saw in the 2016 election, they’ve stepped up their capabilities:

"They're using our own organic reporting and our thoughts on social media and just amplifying them," Evanina said.

Those blurred lines represent a change in technique that will make it harder for the government to investigate — as there’s nothing illegal about U.S. citizens voicing their beliefs, even if they’re being exploited and amplified by a foreign adversary for political gain.

"The useful idiot times a thousand now. Right? Because we have sections and ecosystems of America that are like that now," Evanina said.

Disinformation analysts have already seen those problems crop up online, though they can’t always identify who is promoting the messages. Members of Congress and election security experts warn that states need more funding for voting preparation and disinformation education, as President Trump continues to sow doubt.

"Vladimir Putin would love nothing better for us to continue to have these fights and squabbles because it demoralizes our global stage and increases his value, of which he needs all of our help to get elevated," said Evanina.