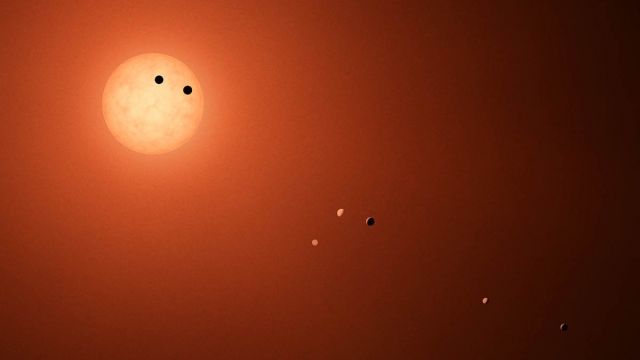 To help find habitable planets and alien life in our universe, astronomers are using a fundamental mathematical idea — pi.

Pi is the ratio of a circle's circumference to its diameter. We don't think pi ends. Instead, we just define it more and more precisely. Mathematicians usually write it as 3.14, which, by the way, is why we celebrate Pi Day on March 14.

Astronomers can use pi to measure a planet's size. They observe how much a star dims as a planet passes in front of it. Combine that percent with the planet's area, and you can calculate how large it is.

Pi is also key in modeling the exact size and shape of an exoplanet's orbit. That can tell scientists if it's in the "habitable zone" of its host star, the area where life might be possible.

Scientists say the best chances at finding alien life will come from locating planets similar in size and composition to Earth. Astronomers use pi to find a planet's density, which helps determine if it's gaseous, like Jupiter, or rocky, like Earth, and what its atmosphere is like.