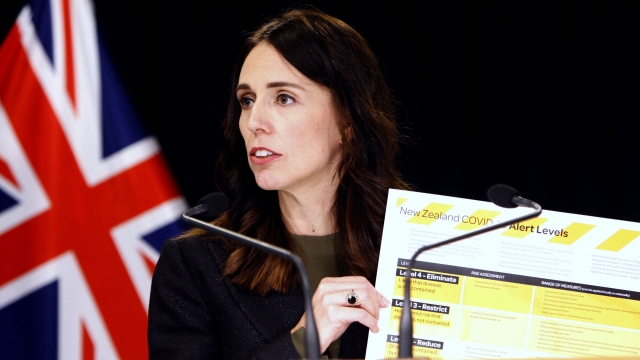 Life is almost back to normal in New Zealand following a strict and successful lockdown. The South Pacific nation of 5 million is reopening schools, restaurants and shops with social distancing guidelines.

"Just have someone else making a coffee for a change, it's just fantastic," said a café customer near Wellington, New Zealand.

As most of the world continues to grapple with the pandemic, New Zealand has almost eliminated the virus. The nation reported a single new case in the past four days. So how did it get there, and what can other countries learn from its strategy?

"We're going to get back to normal a lot faster than many parts of the world because we were really aggressive at the outset," said Shaun Hendy, a physicist and scientific adviser to the New Zealand government.

First, New Zealand benefits from being a remote and sparsely populated island. Still, Prime Minister Jacinda Ardern has been praised for moving swiftly and with clear and compassionate communication.

"By and large, we're very keen that you stay home" Ardern said on Facebook Live from her home a couple days after implementing a lockdown.

In late March, with less than 100 cases, New Zealand closed borders, schools and nonessential businesses. It also banned domestic travel and asked people to stay home. Ardern and other top officials took a 20% pay cut a few weeks later. In return, the vast majority of Kiwis endorsed the restrictions despite the inflicted economic pain.

"Unlike a lot of political leaders around the world that sort of struggled to articulate the science of the disease and why we're doing these things, she's been right on top of that and she's able to translate that for people," Hendy said.

"There have been some innovative approaches using other government workers or people in the private sector to act as contact tracers. Early on, for example, they were using travel agents to actually contact people who came in from overseas," Hendy said.

Now, reopening businesses are required to keep records of customers entering their premises. The data will help the government's tracing efforts if new cases emerge.

"The risks are still there for us. We have a contact tracing service that can really stay on top of things. And that'll be the key for us," Hendy said.

Even though the virus is mostly at bay, Ardern is urging everyone to stay vigilant.

"We may have won a few battles, but we have not won the war," she recently said.