How 'New' Do You Have To Be To Get A Grammy Nod For Best New Artist? 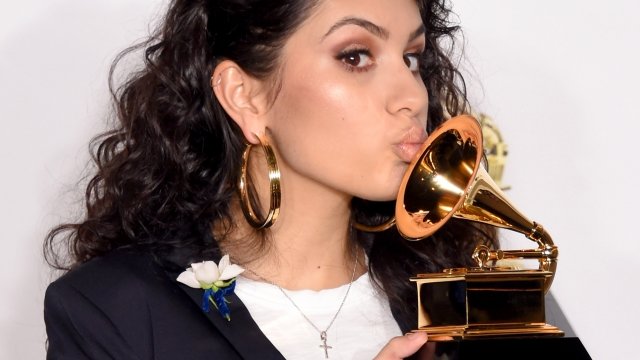 SMS
How 'New' Do You Have To Be To Get A Grammy Nod For Best New Artist?
By Casey Mendoza
By Casey Mendoza
January 29, 2018
Best new artist is one of the Grammys most complicated categories.
SHOW TRANSCRIPT

Alessia Cara made headlines Sunday as the winner of the Grammys' best new artist award — but what actually makes her "new"?

Starting out with a YouTube channel at the age of 13, Cara made her industry debut in 2015 with her single "Here." That song peaked at No. 5 on the Billboard Hot 100, and Cara soon followed up with more hits like "Stay" and "Scars To Your Beautiful." This year, Cara made her Grammy debut with four nominations.

With that recent string of debuts and firsts in mind, Cara checks off the boxes for what a "new artist" is, but the Grammys category hasn't always been so cut and dry.

The Recording Academy says the best new artist award "probably has the most complicated set of rules of any of our categories." The academy defines a "new artist" as "any performing artist or established performing group who releases, during the eligibility year, the recording that first establishes the public identity of that artist."

That last bit about public identity is one of the things that can make the category a little tricky and inconsistent. When Bon Iver won best new artist in 2011, he was already on his second album. 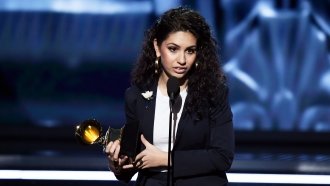 For a while, the category was also controversial because of its ban on past Grammy nominees.

That rule was changed in 2010, and largely because of Lady Gaga. Even though Gaga received five nominations in 2009, arguably establishing her public identity as an artist, her prior nomination in 2008 for best dance recording made her ineligible for best new artist.

As a result of the rule change, artists like Drake, Ed Sheeran and Meghan Trainor were able to be nominated in the category. Trainor won in 2015, even though her song "All About That Bass" was nominated for both record and song of the year the ceremony prior.