How Astronomers Determined A Mysterious Asteroid Isn't A Spaceship 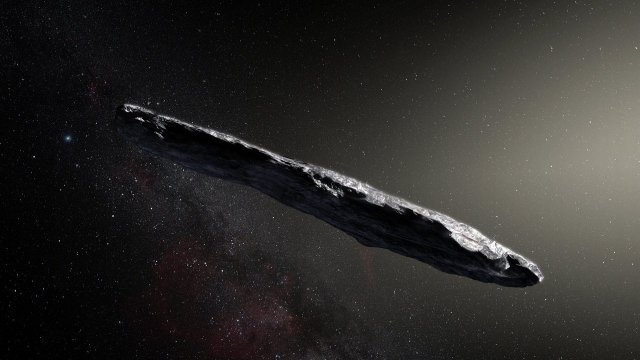 SMS
How Astronomers Determined A Mysterious Asteroid Isn't A Spaceship
By Tyler Adkisson
By Tyler Adkisson
December 15, 2017
When a mysterious asteroid entered our solar system, experts had one chance to find out as much about it as they could.
SHOW TRANSCRIPT

When scientists spotted the first-ever interstellar asteroid to fly into our solar system, speculation emerged that it could be an alien spacecraft. The idea seems far-fetched, but researchers wanted to take a closer look, just in case.

They recruited as many telescopes as they could, including the Green Bank Telescope, the world's largest fully steerable radio telescope. It could pick up even faint radio signals coming from the asteroid — intelligent or otherwise. 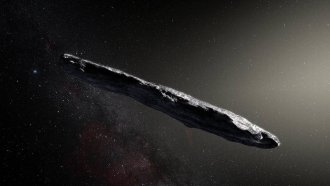 So far, the telescope has collected terabytes of radio data — and none of it points to signs of intelligent life. But scientists will search as long as they can. A second round of observations is planned for "the coming week."

And researchers will have to scramble if they want to study the celestial visitor before it leaves for good. The fast-moving asteroid is already halfway to Jupiter, and as it gets farther away, it'll get harder to detect.