How NASA Brings Parts Of The Universe Home 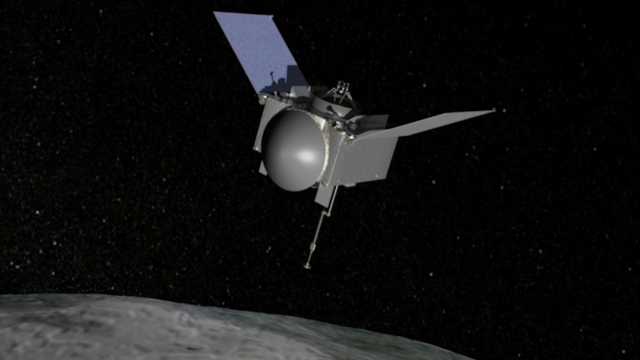 SMS
How NASA Brings Parts Of The Universe Home
By Evan Thomas
By Evan Thomas
August 2, 2016
NASA's latest way to get extraterrestrial samples back to Earth basically involves poking an asteroid with a pogo stick.
SHOW TRANSCRIPT

The upcoming OSIRIS-REx mission, scheduled to launch in September, will be the first time NASA has retrieved samples from an asteroid. But NASA also has plenty of experience collecting other bits of the solar system.

Sometimes the easiest way to get samples from other cosmic bodies is to wait for them to come to us. That's how we got samples from asteroid Vesta: An ancient impact scattered chunks of it into space that eventually landed on Earth as meteorites.

But sample-return-by-meteorite can take millions of years and lots of luck. So NASA started running its own sample-collection missions with the Apollo program. All told, astronauts shoveled almost 850 pounds of moon rocks and dust into bags and brought them back for study.

SEE MORE: How To Search For Mars Life Without Contaminating Everything

To study the sun, the Genesis mission used platters of silicon and gold film to catch particles from the solar wind.

The Stardust mission swapped the silicon for an ultra-lightweight material called Aerogel to capture particles from comet Wild 2 without damaging them.

The OSIRIS-REx mission to asteroid Bennu will gather samples with ... a vacuum on a stick. A pogo stick, actually. It's hard to land on a low-gravity asteroid without bouncing, so mission engineers designed the sample arm to spring off the surface after it sucks up its payload.

It should be more graceful than the first asteroid sample return mission in 2005 when Japan's aerospace agency accidentally bounced a probe off the surface of its target asteroid.

This video includes clips from NASA and the Japan Aerospace Exploration Agency.