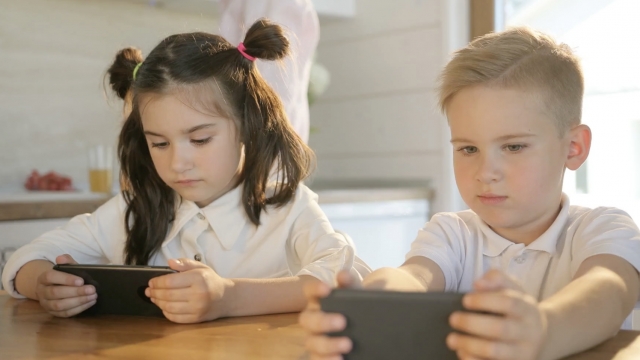 SMS
Home School How-To: How Much Is Too Much Screen Time?

By Amy Morona
May 20, 2020
Newsy did some homework and asked the experts: How much is too much screen time?
SHOW TRANSCRIPT

You may be one of the millions of parents who now find themselves playing the role of substitute teacher. So Newsy did some homework and asked the experts: How much is too much screen time?

“There's no one-size-fits-all," said Jennifer Jessie, a tutor in Virginia. "So I think monitoring your child and kind of figuring out what is the best thing for them. I tend to do, like, two hours at most. And then if you're going to do longer than that, you want to take a break."

"Now, this might be different for older children, for sure," she said. "But at least for the younger ones, I think it is so important to recognize that it's OK to break up that work. It's OK to say, "Work for 10, 15, 20 minutes, or finish this one assignment, and then we're going to go for a walk.' Or saying, 'OK, work for, you know, half an hour, you know, go to this Google meeting or whatever you need to do, and then we're going to bake cookies together.' I think it's important to have some of those fun things in there as well.”