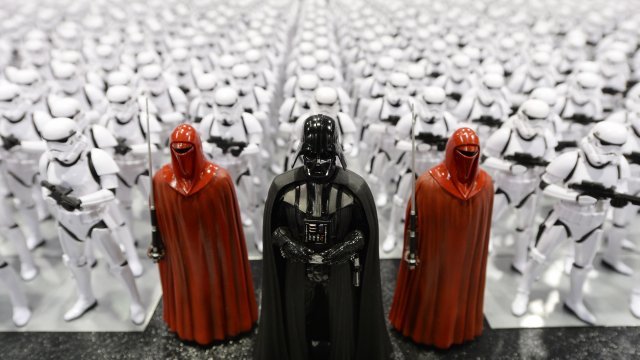 SMS
The Empire Strikes It Rich: How 'Star Wars' Built A Franchise Dynasty
By Jamal Andress
By Jamal Andress
December 11, 2017
As "Star Wars" weekend is set to rain down upon us, we wondered: Exactly how much money is the "galaxy far, far away" worth?
SHOW TRANSCRIPT

As "Star Wars" weekend is set to rain down upon us, we wondered: Exactly how much money is the "galaxy far, far away" worth?

As a starting point, Lucasfilm and its crown jewel, the "Star Wars" franchise, was acquired by the Walt Disney Company in 2012 for $4 billion. That's certainly a lot of money, but the Mouse House has cashed in on that investment in record time.

Starting with a boatload of "Star Wars" toys. Since "A New Hope" premiered in 1977, the franchise has made over $12 billion in toy and merchandise sales. That's more than triple what it made at the box office for Episodes 1—6.

"Force Friday" in 2015 saw the return of "Star Wars" merchandise to toy store shelves across the country and turns out the sales are still strong with this one. In 2015 alone, "Star Wars" toys based around "The Force Awakens" brought in more than $700 million, making them the No. 1 property in the toy industry that year. 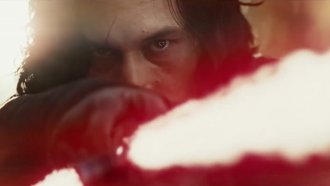 But remember, there's no Death Star Lego set without the Death Star. While toys and merchandise represent the biggest chunk of revenue, the films' box-office haul is still extraordinary.

As it stands, "Star Wars: The Force Awakens" is the third-highest grossing film of all time, bringing in $2 billion in ticket sales worldwide — $930 million of which came from the U.S. alone. "Rogue One" followed up the following year with a $1 billion box-office showing — making Episode VII and "Rogue One" the two highest grossing films in the franchise.

Not including re-releases, the "Star Wars" franchise has made just over $7 billion at the box office worldwide — making it the second-highest grossing movie franchise of all time.

It's right behind Marvel's "The Avengers" series, which, if you're wondering, Disney also owns. Keep it up, Mickey, you're doing great.

The "Star Wars" financial empire has three other main sources of revenue: video games, home video and books. According to Forbes, these sections collectively have made nearly $13 billion between "A New Hope" and "The Force Awakens."

Without Disney releasing exact figures, it's hard to know just how much the "Star Wars" franchise has made in collective revenue but analysts put the estimate anywhere between $27 billion and $42 billion. That's more than James Bond, "Harry Potter" and the GDP of Paraguay.