How MLB Could Benefit From U.S.-Cuba Talks 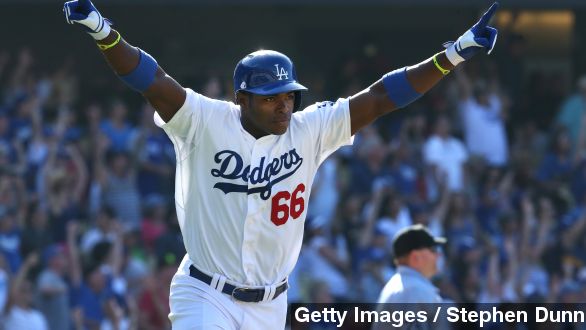 SMS
How MLB Could Benefit From U.S.-Cuba Talks
By Jay Strubberg
By Jay Strubberg
December 18, 2014
As the U.S. and Cuba restore diplomatic ties, a residual effect could soon be felt in the sporting world. Namely, professional baseball.
SHOW TRANSCRIPT

"Today, America chooses to cut loose the shackles of the past, so as to reach for a better future. For the Cuban people. For the American people," said President Barack Obama.
President Obama's announcement Wednesday to restore diplomatic ties with Cuba could trigger a huge shift — and not just on a political front.

Cuba has been an international hotbed for top young prospects over the years. Some have risked their lives on dangerous voyages to defect from their homeland to the U.S. Improved relations between the two countries could change all that.

As it currently stands, since Fidel Castro took control of Cuba in 1959, MLB teams have not been allowed to scout or overtly recruit players living in the island nation, even though many of them end up sneaking out of the country to play in the U.S. anyway. (Video via BIO)

But, with the right amount of government leverage, the methods for recruiting Cuban players could become much easier, and baseball officials will be the first to tell you: there is a vast talent pool 90 miles south of the U.S.

There are currently 19 Cuban players in the MLB. That's the third most of any foreign country and highest total number since 1967 when 30 Cuban players took the field on American soil.

And of the 19 current Cuban big leaguers, five of them were all-stars last year: Alexei Ramirez, Aroldis Chapman, Jose Abreu, Yoenis Cedspedes and a man whose treacherous journey to the states is the stuff of a Hollywood movie, Yasiel Puig.

Plus, better access means more top prospects. According to The New York Times, baseball scouts and managers say "[the talent] would be far higher if teams could send representatives to Cuba and sign players, and then develop them."

"To possibly have those players just freely play here like every other baseball player can on the planet would be nothing but tremendous. And we've seen the impact that the Cuban player has had recently," said ESPN's Pedro Gomez.

Even with all the hype, it's still unclear if or when anything will change in the way baseball scouting and recruiting works between the U.S. and Cuba. The Times points out that for any real shift to take place, Congress would likely have to get involved.