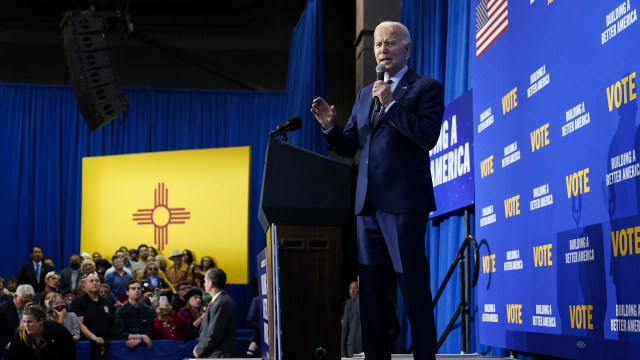 Republicans on the ballot this fall aren't the only ones testing their message on the campaign trail.

Republicans looking to take back the White House in two years have been campaigning for GOP candidates in tight races, and some just so happen to be in early primary and caucus states.

"There's really no shortage of other candidates, but let's be clear, they are the 'other,'" said Reed Galen, an independent political strategist and co-founder of The Lincoln Project.

"Most people expect that Donald Trump will run, but that's not going to dissuade a lot of other people from entering the race," said Alex Conant, a Republican strategist and partner at Firehouse Strategies. "I think you're gonna have governors, senators, members of Congress, some people that we haven't even thought of yet likely entering the contest."

Why Are Political Outsiders Running For Office?

As midterms are approaching, more political outsiders are starting to run for office, but why?

"Across the country, we see these the savvy Republicans who are good at building operations like Tim Scott and Tom Cotton and making lots of endorsements in these smaller, maybe congressional races, but they are making their trips to Iowa and New Hampshire, South Carolina as well," said Gunner Ramer, the political director at the Republican Accountability Project.

"He's got smart people around him, and he has utilized the power he has in Florida very well," Galen said. "That's why some people are more concerned about him. This is a guy who'd know what he can do."

But strategists disagree on the political future for former Vice President Mike Pence.

"We asked voters 'Hey, are you interested in seeing Mike Pence run for president 2024?'" Ramer said. "A lot of the time there is a lack of enthusiasm for a potential Mike Pence presidential run."

"He has an excellent team around him," Conant said. "He's going to be able to raise a fair amount of money and command a lot of media attention, so you can't count him out."

There haven't been any official declarations on a run for president from the GOP. Once they do so, they'll have to follow different campaign finance rules.

President Joe Biden has said he intends to run again for president, but still, there has been talk of past Democratic presidential candidates — like Massachusetts Sen. Elizabeth Warren, Vermont Sen. Bernie Sanders and Transportation Secretary Pete Buttigieg, currently campaigning for Democrats in midterm elections — possibly throwing their hat in the ring.